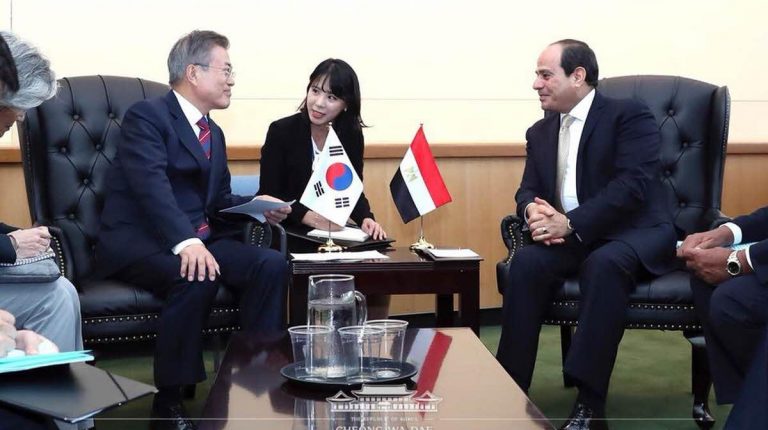 Both sides also touched on arrangements of the Egyptian-South Korean business forum that will be organised on the sidelines of the presidential visit, the Cabinet said in a statement on Monday.

South Korea and Egypt will take their relationship to a higher level in 2020, marking the 25th anniversary of establishing diplomatic relations between the two countries, Yoon said on 10 October 2019 during the embassy’s celebration for the South Korean National Foundation Day.

Egypt received last October a South Korean business delegation with the full spectrum of major Korean companies, where they met with President Abdel Fattah Al-Sisi and clearly showed their interest in working with Egyptian partners, and to help them turn Egypt’s massive potential into something tangible by sharing a common strategy for their cooperation in key areas.

A high-level delegation from the Export–Import Bank of South Korea (Korea Eximbank) discussed with the Egyptian government funding new projects in the local market during their visit to Egypt back in 27 to 30 January 2020.

Notably, Al-Sisi made a historic visit to South Korea in March 2016, when both sides adopted the Comprehensive Cooperative Partnership which serves as a platform for bilateral cooperation in many areas.