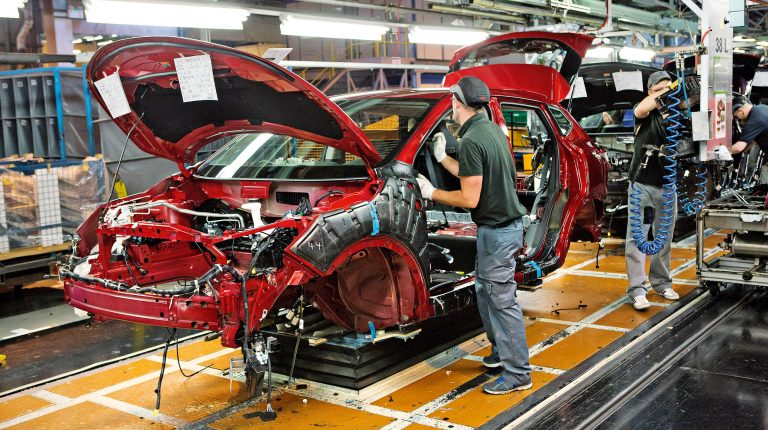 Khaled Saad, Secretary General of the Egyptian Association of Automobile Manufacturers, stressed the need to start localising the auto industry to keep pace with the international auto industry, stressing the need to set broad terms that will usher the country into a robust auto industry, rather than just an assembly hub.

Saad said there is a need to encourage small and large factories alike in order to promote a synergy that could cover the state’s target production volume, calling for grants and manufacturing incentives for companies and investors.

Currently, about 30% of manufactured cars are made from local components, especially since local car factories aren’t producing more than 80,000 cars annually, which is about 40% of the Egyptian auto market.

Saad denounced the ability of increasing each factory’s production volume to 70,000 cars annually, seeing that the Egyptian market would not be able to absorb that many cars. Not to mention that there are only 19 auto companies operating in Egypt.

There is a condition of quantitative production for the local market to export at 25%, but there must be incentives for it, meaning that investors, at the moment, don’t have good enough incentives to export or a market size that accommodates this amount of cars. It is difficult to export cars at a price more expensive than those imported.

The imported components are exempted from customs taxes similar to cars imported from Europe and Turkey, since it is not normal for taxes to be collected from the factory in the initial stages of production. Saad suggests that they be collected after manufacture and sold to ensure the capital cycle, which in turn will increase the proportions of local components.

For his part, Amr Suleiman, chairperson of Al-Amal Automotive Trading and Assembly Company, stressed the necessity of setting a clear strategy for auto industries in Egypt.

Suleiman explained that the government needs to offer more incentives needed by local manufacturing companies, along with abolishing customs on imported components used by local industries. Already, these customs represent an obstacle due to the large price tag on locally produced cars.

The deepening of the local industry is only possible through increased car production, and better local industry and more incentives will attract new investments.

Suleiman suggests replacing cars that are over 20 years old and to stop licensing them in order to provide opportunities for production, employment, and investment allocation.

The old strategy of the car industry, which was canceled or discontinued, received many objections due to the difficulty of implementing it on the ground. The old strategy was based on the ratio of the local component increasing from 45% to 60% within 8 years, as well as exporting 25% of production, in addition to the annual 60,000 unit production volume.

He  pointed out that local component can reach only 50% in the new strategy, and it is impossible to reach 60%, as mentioned in the old strategy.