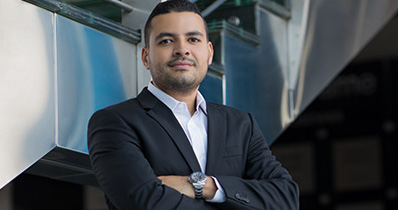 Issuing licenses for electric scooters can be a solution after plans for manufacturing 100% of electric car.

Mohamed El Naggar, CEO at Raya Advanced Manufacturing, revealed that his company provided all the documents required for all the electric scooter licencing authorities in order to issue licences for them. The authorities include the Egyptian General Authority for Standards and Quality, the Industrial Development Authority (IDA), and other traffic bodies.

He pointed out that those parties have not taken a final decision on the electric scooter licencing. He said that he hopes that the government would take serious and firm decisions to activate the production of similar scooters in government factories.

He said that electric scooters provided by the company are subject to the licencing laws from the Egyptian Traffic Authority.

El Naggar stressed that Raya Auto has recently acquired Chinese Yadea Electric Scooters, which is one of the largest electric scooter manufacturers in the world.

Raya has the right to assemble Yadea products at the company’s factory, which started with three different scooter models, the Z3 1200W, the G5 1500W, and the S-Force 2000W.

About 30% of the scooter will be made up of local components, including the seat, metal parts, plastic pieces, and the power pigtail. The company plans to raise this percentage gradually.

He added that Raya is considering expanding its investments in the field of electric scooters, and introducing bigger and longer-range models, but after issuing the necessary laws for electric scooter licensing.

He said that the company is currently considering cooperating with local electric scooter manufacturers, and is about to officially announce this during the coming period.

El Naggar announced launching the Aprilia brand in the Egyptian market for the first time. It is a brand owned by the Italian Piaggio Group, which is characterised by the production of large sport scooters that have proven very successful.

Aprilla SR 150 will also have 30% of its parts made locally, with plans to increase that percentage gradually.

Raya Auto has developed a plan for spreading Aprilia service centers across the country, with a special focus on Cairo, Alexandria, and Red Sea governorates. It will also be providing spare parts for customers, which the company confirmed has a stock of to meet the market’s demands.

He attributed the high price of Aprilia to the number of people working illegally, whether in the illegal importation of bicycles, or by evading the payment of administrative expenses like taxes and customs. Raya Auto, on the other hand, works in accordance with the law.  He stressed that the price difference is almost 10% and will offer customers higher quality compared to competitors.

Raya Auto is seeking to sign new partnerships with a number of international companies this year, while continuing its partnership with Piaggio. El Naggar said that Raya is currently negotiating with two global companies; the first is European and the other is East Asian. He stressed that the two companies offer a different product range from what Piaggio offers.

El Naggar noted that Raya Auto’s vision in 2020 is to provide products and solutions for the Egyptian market based on modern innovations, by integrating modern technologies with different means of transportation. This is in addition to coming up with new ideas to facilitate the transportation of individuals and goods.

Raya also continues its search for a foreign partner who has serious intentions in investing in the Egyptian market and to manufacture motorcycles with the highest percentage of local components -approximately 80 – 90%- which would generate many jobs and localise many industries in Egypt.

Passenger cars
In 2020, according to El Naggar, Raya Auto will continue its journey in the study of assembling electric vehicles, as they are currently negotiating with a global factory specialized in their production. There are speculations that Raya will sign the agreement in the last quarter of this year, provided that actual production begins in the second half of 2021. However, this cannot happen until after equipping the production lines and providing the necessary vehicle components at Raya Auto Factory in the Industrial Zone in 6th of October City.

The project includes two models of passenger cars, with a local component starting from 30%, gradually increasing to 60% within three years. The company has also signed technical contracts with a number of Egyptian feeder industry companies to supply different parts of the models. It also continues the search for the rest of the suppliers.

El Naggar ruled out the possibility of cooperating with a government factory to produce electric vehicles for the time being.

Raya plans to pump new investments into the electric car manufacturing project, with Raya Auto being the first electric passenger car plant in Egypt, as the company believes in the importance of electric vehicles in preserving the environment and achieving various sustainability goals. He excluded the possibility of the company manufacturing hybrid models, and said that Piaggio plans to launch small commercial cars.