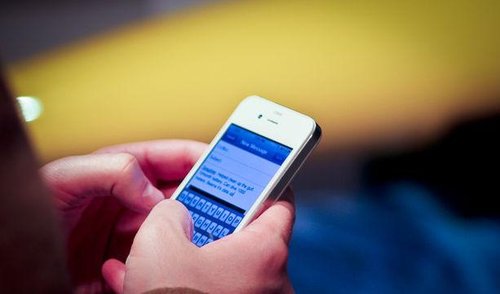 Mobile malware in Egypt boomed during 2019, seeing an unprecedented 447% increase in the number of attacked users compared to 2018, according to Kaspersky researchers. The overall number of users attacked reached 125,425.

The annual report entitled Mobile Malware Evolution found that these trojan attacks account for around 85% of all mobile phone users attacked in the region.

Amid growing concerns about digital privacy over the last few years – which has led to increased regulation as well – one often tends to forget the mobile aspects of the issue.

However, in today’s hyper-connected world, users are always in touch and online, be it on mobile email applications, social networks, or various messengers.

Mobile devices have turned into transportable containers of personal data. It is no surprise then that malicious private information hunters have decided to exploit this. As Kaspersky statistics demonstrated, two of the most actively evolving mobile threats of 2019 have a lot to do with threats to privacy – namely mobile adware and spyware.

The former collects troves of private information to show users targeted banner ads. Apart from the usually annoying banners, there is another dimension to this type of attack– victim’s sensitive data may end up on third-party servers without consent or knowledge. In the past year, 106,640 users in Egypt were attacked with Adware.

The latter is commercial spyware, a relatively new threat, usually installed on devices without the user’s knowledge or consent; they stay hidden, operating in the background. These applications have access to significant amounts of personal data, such as device location, browser history, text messages, social media chats, photos, and more.

They not only share sensitive information with an abuser, but there is also room for a third-party hacker to gain access to Stalkerware servers and collect all of this information for their own use.

In 2019 the number of users targeted by Stalkerware reached 466.

Globally, Stalkerware is of growing interest to malicious users. Kaspersky’s latest statistics, which were calculated using Stalkerware detection criteria suggested by the Coalition Against Stalkerware, show that attacks on mobile personal data increased from 40,386 unique users attacked in 2018 to 67,500 in 2019.

“In 2019, attacks by stalkerware, which aims to track the victim and collect private information about them, became much more frequent. What is even more important, the technical development of this type of attack does not lag behind its malicious counterparts.

“Given that, we would like to reiterate that digital privacy is just as much a person’s right as any other. And there are ways to keep personal data safe and secure. But to do so, it is very important to treat this issue with care,” comments Victor Chebyshev, security expert at Kaspersky.

To reduce the risk of infection and to stay protected, Kaspersky experts advise. Pay attention to the apps installed on your device and avoid downloading them from unknown sources. Always keep your device updated and regularly run a system scan to check for possible infections

Kaspersky also recommends that users install a reliable security, which aims to protect users’ privacy and personal information from mobile threats. The service also checks whether your privacy has been compromised using the “Account Check” function.

6 steps to reduce malware risk while working from home