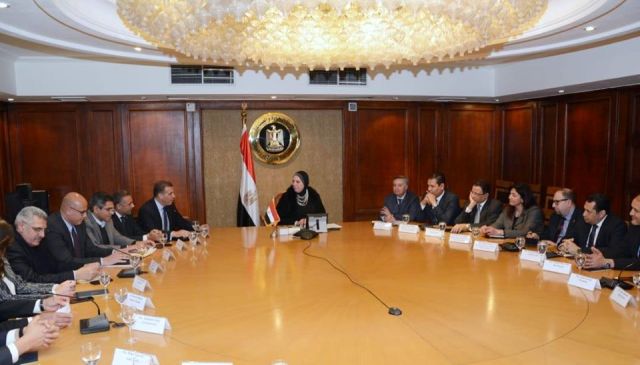 Trade and Industry Minister Nevine Gamea has met members of the Trade and Industry committee at the American Chamber of Commerce in Egypt (AmCham) and agreed  to set a comprehensive vision to develop national industries in the country, according to a ministerial statement on Wednesday.

Both sides discussed ways of boosting trade exchange with a special focus on Egyptian exports to the United States in light of the already signed preferential trade agreement (PTA), mentioned the statement.

Egypt and the US have been negotiating a free trade agreement (FTA) during the past few years, but now, due to the current political and economic conditions, conditions are more favourable for taking the FTA negotiations to next level , Kamel added.

“From 2017 through this past November, total US-Egyptian bilateral trade grew by over 44% to $8.2 bn,” the US ambassador, Jonathan Cohen, said on 28 January, adding that US goods exports to Egypt were $5.2 bn, up 30% over the past two years.