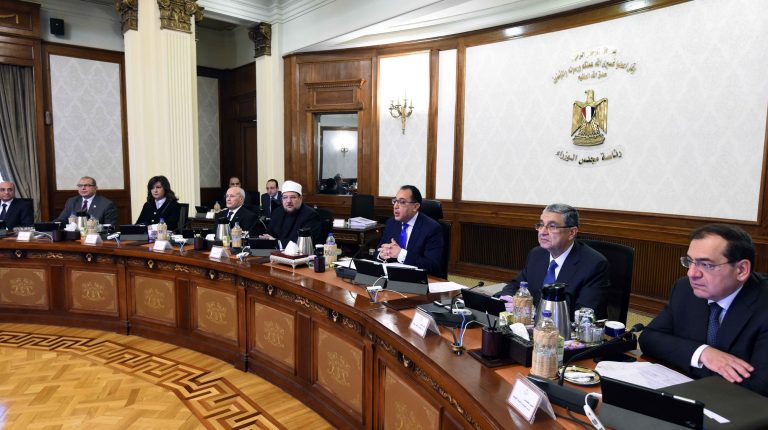 Egypt’s cabinet approved on Wednesday a request of the Ministry of Health to contract to purchase the required preventative equipment and medications for Covid19.

Egypt has declared the highest levels of readiness against the coronavirus, announcing taking the preventative measures at airports and other marine, and land entry points to the country.

According to the ministry, all travelers coming from areas where the disease appeared were checked, and if any passenger was found infected, they would be immediately isolated, noting  a letter has been circulated to all health facilities nationwide, which includes the definition of cases and how to deal with them, and preventive measures for medical service providers.

Meanwhile, EgyptAir has taken several preventive measures to prevent the spread of the virus through air entry ways. These measures include wearing a breathing mask , and providing health cards to passengers on board.

Furthermore, Covid19 has been spreading outside China and has reached the Middle East and Europe. Most deaths outside China were reported in Iran, Italy, and South Korea. More than 2,600 people have died globally due to the virus, while at least 80,000 people have been diagnosed with the infection.

On Wednesday, WHO said that there are now more new cases of the coronavirus reported each day outside China -the epicentre of the virus- than inside .

Meanwhile, the Moderna, Inc clinical stage biotechnology company announced releasing the first batch of “mRNA-1273,” the company’s vaccine against the novel coronavirus, for human use.

The proposed vaccine is a Ribonucleic acid-mRNA vaccine against the COVID-19 encoding for a perfusion stabilised form of the Spike (S) protein, which was selected by Moderna in collaboration with investigators at the Vaccine Research Centre (VRC) at the National Institute of Allergy and Infectious Diseases.

Two weeks ago, WHO announced officially naming the disease caused by the novel coronavirus as COVID-19, replacing the old temporal name given to the virus by China’s National Health Commission “novel coronavirus pneumonia, or NCP”

In a press briefing, Soumya Swaminathan, chief scientist at the WHO in Geneva, Switzerland said that “COVID-19 stands for coronavirus disease in 2019,” explaining that there are many coronaviruses, and this style of naming will provide a format for referring to new coronavirus diseases in future years.

“The virus itself is named by an international group of virologists who will look into the taxonomy. But it is important to have a name for this disease that everybody uses,” she said.

Owing to its similarity to the SARS virus identified in 2003, the International Committee on Taxonomy of Viruses named the virus causing the new disease as “SARS-CoV-2”, shortly after the WHO announced the disease’s official name.

Symptoms of the virus include fever and cough, and some people have difficulty breathing. The symptoms appear to set in at some point between two  14 days after exposure to the virus.