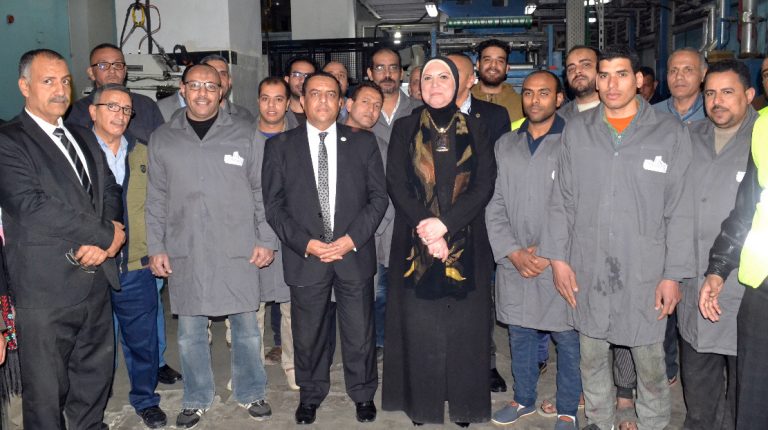 A branch of Al-Amiriya Press is currently being established in the New Administrative Capital (NAC) to print various publications of ministries and government agencies, as it is scheduled to start operating at the beginning of the second half (2H) of the year.

NAC, the proposed new capital of Egypt, is a large-scale project under construction since 2015 and was announced by then-housing minister Moustafa Madbouly at the Egypt Economic Development Conference on 13 March 2015.

Egypt’s Minister of Trade and Industry Nevine Gamea said her ministry is keen on activating the role of Al-Amiriya Press in providing distinguished services for productive and service sectors to keep abreast of the latest changes in the world printing industry.

Gamea added that Al-Amiriya Press represent one of the most important printing and publishing centres in Egypt and the Middle East, as they played a major role in establishing an intellectual and cultural renaissance in Egyptian society and contributed to preserving the history of modern Egypt’s renaissance.

During her visit to Al-Amiriya Press headquarter, the minister inspected productive workshops for digital printing, laser engraving, secure documents, packaging and production of blind publications in Braille. Additionally, she discussed plans to develop the press during the next period.

Chairperson of Al-Amiriya Press Ashraf Emam said the authority is equipped with the latest production lines, which include digital printing services, color separation, implementation of designs and technical equipment with the latest offset printing technologies in the Middle East region.

He pointing out that the government seeks to provide a distinguished service to customers and have creative capabilities that keep pace with the latest global technologies using local components, which contribute to supporting national industry and enhancing competitive capabilities of the authority locally, regionally and globally.