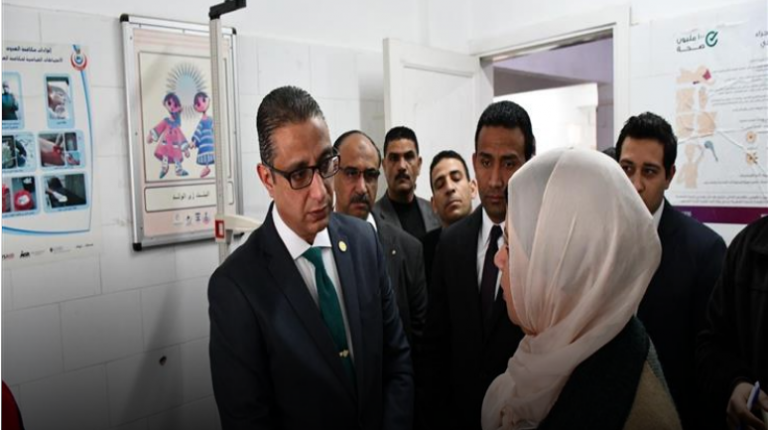 Egyptian Minister of Health and Population Hala Zayed launched new “Maternal Health Initiative” on Sunday upon earlier instructions by President Abdel Fattah Al-Sisi to provide health screenings to pregnant women to detect and treat genetic and communicable diseases which can be transmitted from the mother to the foetus.

The initiative’s first stage started in four governorates, Cairo, Alexandria, Fayoum, and Qaliubiya, aiming for early detection of the communicable diseases transmitted from the pregnant mother to her child including syphilis, human immunodeficiency virus (HIV), and Hepatitis B.

The ministry spokesperson Khaled Megahed said they trained 5,381 medical personnel and prepared 121 medical centres to receive the cases infected with HIV and Hepatitis B, in addition to 51 medical centres for syphilis cases.

He added that the initiative’s second stage is set to be launched in April, within 12 governorates including Damietta, Assiut, Ismailia, Port Said, South and North Sinai, Matrouh, Red Sea, Sohag, Kafr El-Sheikh, Suez, and Menoufiya, explaining that the last phase will start in June including 11 governorates.

Megahed, asserted that the initiative guarantees confidentiality of the medical tests, in addition to using medical detectors according to the international standards. The medical service also includes counselling to prevent diseases, which requires approval and acceptance of the pregnant women.

The Maternal Health Initiative also aims to raise awareness on reproductive health, hoping to educate on safe methods of contraception and family planning across the country, the Ministry source said.

Early detection of adverse conditions associated with pregnancy and information on maternal health and nutrition are also cornerstones of the new program.

In 2014, Egypt manage to enhance the child and maternal health, as 90% of mothers underwent antenatal care checks during pregnancy, and 83% of them had antenatal care on a regular basis, in  92% were attended by a skilled birth attendant as well, while 87 per cent took place in a health facility, the United Nations Children’s Fund (UNICEF) reported.