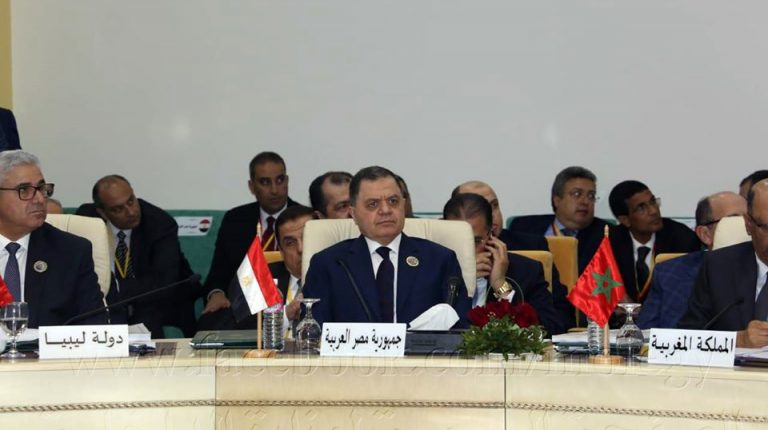 Egypt’s Interior Minister Mahmoud Tawfik said the Egyptian state adopted a comprehensive and integrated system to combat terrorism, aiming to counter the global threat on the media, religious, social, and cultural levels to uproot terrorism, highlighting “terrorist mercenaries” as the major threat to the world.

He stressed during the 37th session of the Arab Interior Ministers on Sunday in Tunis, the need to improve the security measures to come up with regional and international variables to counter challenges including terrorism, extremist ideologies, spreading chaos, and instability.

In his speech, Tawfik asserted that joint efforts against extremist groups have resulted in mitigating their organisational capacity, drop up the sources of funding, and weaken the recruitment opportunities to new elements.

However, he said, those extremist groups still pose a serious threat to humanity.

Tawfik added that the phenomenon of terrorist mercenaries is one of the major threats to the region, in light of the financial support that some countries provide those elements with.

In the meantime, Tawfik called for activation of the Arab cooperation in the field of security media to counter the promotion of extremist ideologies, rumours across various communication and media platforms.

He welcomed all Arab security cadres at all educational and training institutions in the Egyptian interior ministry.

Tawfik headed earlier on Saturday along with a high-profile delegation to take part in the annual meeting. He was received by his Tunisian counterpart, Egyptian ambassador to Tunisia, and other top Tunisian security officials.

This two-day session focuses on enhancing Arab security cooperation, in particular, counter cross-border terrorism. The participants are addressing the criteria of enlisting or removing the masterminds and funders of terrorist attacks from the Arab Blacklist of terrorists, as well as forming a team to monitor possible terrorist threats.