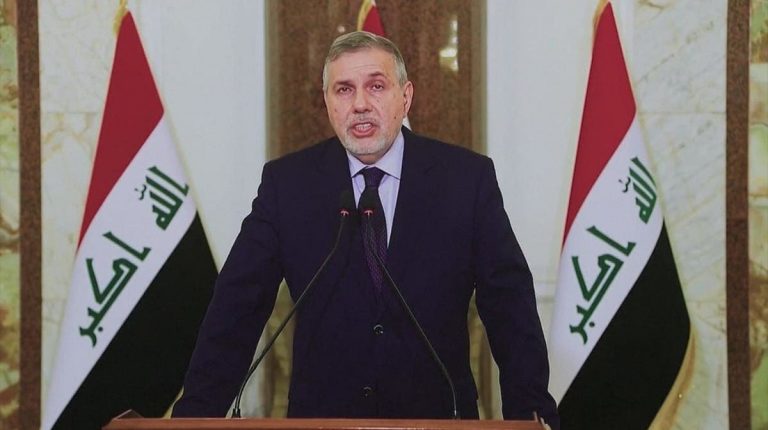 Iraq’s prime minister-designate Mohamed Allawi withdrew his candidacy for the position of premiership on Sunday, saying he faced obstruction from some political factions over reforms, deepening political turmoil in the country as it faces a growing coronavirus challenge.

Allawi said in his statement that he “tried in every possible way to save Iraq from slipping into the unknown and solve the current crisis,” but he encountered during the negotiations “a number of obstacles that do not serve the nation and its interests.”

“I promised the (Iraqi) people to leave the post if political pressure was placed on the government that I was intending to form in order to pass a specific agenda,” Allawi added.

“If I agreed to offer concessions, I would be prime minister now, but I tried everything possible to save the country from sliding toward the unknown and resolve the current crisis. But the negotiations hit repeated snags,” he said in a short address to the nation, explaining his decision to withdraw.

He accused some parties of negotiating “purely for narrow interests,” without naming them.

Allawi’s withdrawal a month after he was selected for the post plunges the country in more uncertainty at a critical time and as the country weathers troubled times, including ongoing anti-government protests and the constant threat of being ensnared by festering US-Iran tensions. His withdrawal also came after he twice failed to secure a quorum for parliament to vote on his cabinet selection.

Demonstrators rejected Allawi’s candidacy outright, saying he was the choice of the political elite and not the street.

He was selected as premier designate on 1 February, two months after Adel Abdul-Mahdi, now caretaker prime minister, resigned under pressure from anti-government protests.

Iraqi President issued a statement shortly after Allawi’s resignation, saying that he “started consultations to choose an alternative candidate within 15 days.”

Saleh called on all political parties to “strive to reach a national agreement on the appointment of an alternative prime minister, who is nationally and popularly accepted, during the specified constitutional period, in order to form a government capable of handling its tasks in light of the tremendous challenges facing Iraq.”

The Iraqi president affirmed that “the security, political, economic repercussions, and health challenges facing Iraq, the region, and the world make it necessary to resolve the issue of the interim government, in order to protect the security and safety of citizens and move forward toward achieving the Iraqi national benefit reform project.”

Activists are calling for early elections under the direct supervision of the United Nations, in response to the deadly crackdown, which killed more than 600 people in anti-government demonstrations that started in October.

Iraq marked five months since a popular uprising against the country’s corrupt political class erupted in Baghdad and southern provinces. Iraqis took to the streets in thousands in October against government corruption, unemployment, and poor services.

In a different context, shells landed in Iraq’s Green Zone where the US Embassy and government offices are located. There were no reports of casualties, while the identity of the two rocket launchers is yet to be known.

Baselworld canceled due to Coronavirus