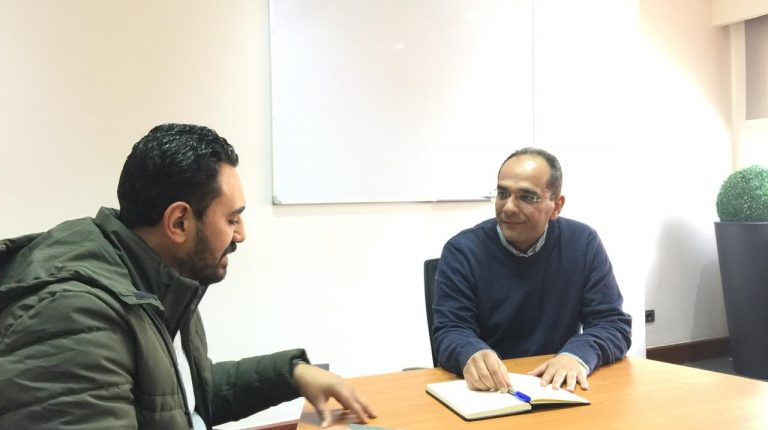 Arpu Plus is a leading value-added service provider in the Middle East and Africa, facilitating various aspects of people’s lives by broadcasting news and making it easier to order food, pay and book tickets, and interact with social services. Medhat Karam, CEO of Arpu Plus, said that the purchasing power of Egyptian consumer has declined during the recent period, but there was no strong impact on the value-added services market due to the presence of a wide base of mobile users in Egypt.

He added during his interview with Daily News Egypt, that the average spending of Egyptians on value-added services per month reached EGP 5, which is a good rate. He tells us more about the future plans of the company and how the market will look.

The purchasing power of the Egyptian consumer declined and so did the spending rates. How did this affect the use of entertainment services?

This means that there is an opportunity in the Egyptian market, but there are challenges. How do you overcome such challenges?

Indeed, the consumer is ready to spend on the entertainment sector, but with caution, and this is the challenge, and we overcome it by providing content that adds value to the customer through providing good service with high quality.

Shaabi music is among the most entertaining content that attracts Egyptian consumers, such as Mahraganat in the past two years, as well as sad songs. Seasons songs such as Mother’s Day also received a wide resonance, as well as songs related to Ramadan and holidays. Moreover, sports content, especially football, is one of the most popular content for the entertainment sector, but it’s not news.

The Egyptian consumer prefers receiving free football news through websites for free, but can subscribe if it provides added value such as a competition or something of the sort.

The advertising field has strong opportunities for growth. There is an opportunity to improve the performance of digital ads in cooperation with mobile service operators so that user data is used to obtain appropriate ads for them, especially since mobile operators, during the past few years, have been more focused on achieving profits from voice and internet services despite the information they own.

The mobile operator knows the customer’s consumption rates and interests, which makes it an opportunity to invest in advertising services better.

We also launched the Esaal, an online consulting platform, which provides immediate consulting service in many areas such as employment, social, marital relations, child education, food, health, as well as cosmetic, dream interpretation, and other areas. The platform enables the user to ask questions and receive answers from experts in a simple electronic conversation. We also launched the Shofha, a video-on-demand platform, which is devoted to viewing visual content on-demand, such as movies, series, and programmes. Currently, Shofha contains more than 50,000 minutes of visual content in different categories.

Have you started cooperation with mobile operators in the field of mobile advertising services?

We have already started a pilot project with more than one mobile operator in and outside Egypt, to provide advertising services to consumers based on the analysis of user data. In Egypt, we started with Orange and Telecom Egypt, in addition to mobile operators in Tunisia and Algeria.

What are the growth rates achieved by the company last year?

What are the added value services that may disappear during the coming period?

There are some services that may be restructured, such as advertising text messages, as they will be more specific and less in number, which makes the customer interact with it and they won’t get tired from receiving them. Some services such as requesting to listen to songs or music by calling short numbers, as well as news services via text messages, will also disappear and will be transformed into an interactive service.

Yes, it continues and has millions of users, because it reflects the psychological state of the user.

The market is profitable, but it was more profitable in the past, for several reasons, including the increase in the number of companies providing value-added services, which raised the level of competitiveness, forcing companies to reduce their profit margin a little in order to continue competing. in Egypt, there are only 22 value-added service companies registered with the National Telecommunications Regulatory Authority.

What is the average expenditure of Egyptians on value-added services annually?

Usually, value-added services represent about 5% of the mobile operator’s revenues, and the average domestic consumer spending is about EGP 5 per month.

What are the main challenges you’re facing in the market?

Extreme competition is one of the market’s challenges, as well as piracy, which evolves in parallel with technological development or even slightly faster.

Do you have plans to enter new markets?

Our services are present in various Arab countries, and we will focus during the coming period on expanding in some markets such as Saudi Arabia, given that it is a large market with high value, in addition to some countries in North Africa such as Libya, and some other countries in the Middle East such as Iraq.

We also plan to expand the African market through our office in Zimbabwe, which we will help to expand in Kenya and Tanzania. We are currently operating in 15 countries and recently we opened an office in Zimbabwe in 2018 and we considered this the starting point for penetration and deployment in African countries.

We also started providing services in Kenya, where Africa is a fertile ground for us since there aren’t many companies competing there.