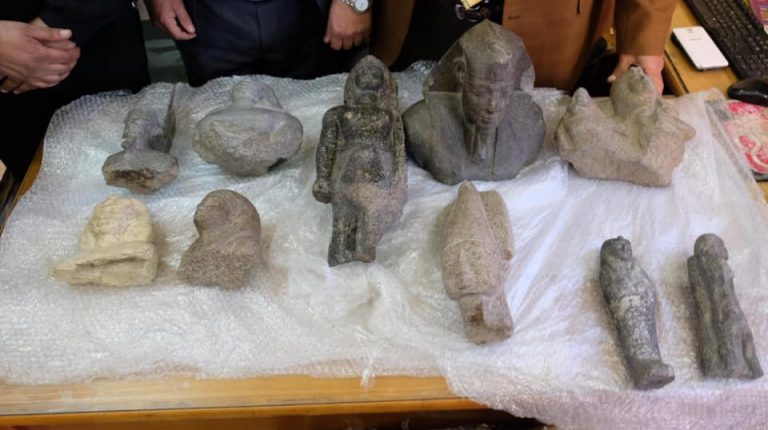 Egypt foiled on Monday an attempt to smuggle artefacts in 16 parcels at Egypt’s ports, according to the Egyptian Tourism and Antiquities Ministry.

The 16 parcels contained several possible antiquities, replicas, and moulds used to cast these replicas with the purpose of exporting them abroad.

A statement issued by the ministry explained that a high archaeological committee was immediately formed, to inspect the contents of the parcels and the suspected pieces, which confirmed that some of the statues were original.

The committee found a collection of statue heads of individuals, kings, and deities made of granite, basalt, and limestone dating back to different periods of ancient Egyptian history, especially the late era.

The committee also founded four copper pieces ornamented with floral decorations and Arabic handwriting dating back to the Islamic age, as well as a plethora of ancient beads and faience amulets, the statement added.