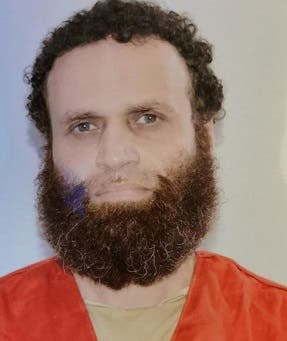 Cairo Criminal Court had sentenced Ashmawi and 36 other members of the terrorist group Ansar Beit Al-Maqdis to death, over 54 crimes including the killing of police officers and blowing up several security installations.

“The execution by hanging was carried out based on a decision made by the military court … and after taking all the relevant judicial procedures,” said the army spokesperson.

Ashmawi was arrested on 8 October 2018 in Libya as part of a wide-scale military operation conducted by the Libyan Arab Armed Forces.

This was the third time for Ashmawi to receive death sentence since he was extradited from Libya last year. The first death penalty was last November for committing 14 crimes pertinent to the Farafra terror attack against border guards five years ago, killing 22 officers and soldiers, in addition to the 2019 assassination attempt against former interior minister, who survived the attack.

During the Farafra attack, Ashmawi was injured, and was taken to Libya to receive treatment due to his close relationship with the Al-Qaeda-affiliated group Ansar Al-Sharia in Derna, Libya.

He was also found guilty of having led the Ansar Beit al-Maqdis Islamist militant group in the turbulent Sinai region.

Ashmawi broke with the organisation after it pledged its allegiance to the Islamic State group in November 2014.

Other charges against him included infiltrating Libyan territories and forming an al-Qaeda aligned militant group.

Ashmawi, who was an Egyptian ex-special forces officer, went on to fight with Al-Qaeda linked groups. He was also known as Egypt’s “most wanted man” by local media. He joined the Egyptian Armed Forces as a young man and rose to join the elite unit, but was dismissed in 2012 over his hardening religious views.

In 2005, he started to attend sessions for extremist groups held in mosques. As a result, Ashmawi received a warning from the Armed Forces in 2006 and was subjected to investigation. However, he asserted his commitment to the military rules.

In 2007, Ashmawi was transferred to an administrative post according to a verdict from a military court and then was referred to retirement in 2009. He was completely expelled from the army in 2012 because he travelled to Syria twice through Turkey.

After the 30 June uprising, Ashmawi appeared as a key militant figure who trains militants on the usage of weapons, carrying out suicide bombing missions, and killing conscripts.