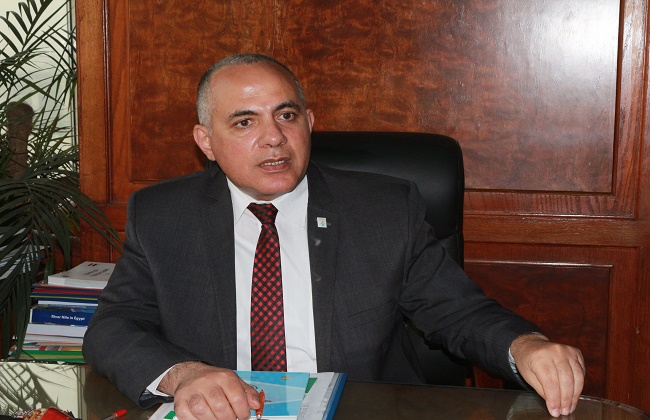 Egypt has denounced Ethiopia’s announcement to start filling the Grand Ethiopian Renaissance Dam (GERD) in June, in parallel with building the reservoir, especially since there are still technical issues in its construction need further studies, said Egypt’s Ministry of Water Resources and Irrigation spokesperson Mohamed Al-Sebaie on Tuesday.

He also said that 2bn cubic meters of water, in principle, will not help Ethiopia generate the amount of electricity required, local media reported.

Egypt has tried to emphasise that there are still too many unresolved technical issues, and noted that there are technical studies that have not been completed, such as environmental, social, and economic safety.

Negotiations have been ongoing for eight years now, and the Nile basin countries had finally come to an agreement during the last political and technical sessions in Washington, which was meant to witness the agreement signing after reviewing all technical points, he said.

However, Ethiopia was deliberately absent to impede the course of the negotiations, as it was surprising it did not attend the meetings, he added.

Although the Ethiopian team had attended all previous meetings and was briefed on all agreed terms, the country had showed signs of procrastination in order to stall for time in order to complete the construction of the dam.

Al-Sebaie said, “Ethiopia was not satisfied with the results of the negotiations, and said it full controlled the water of the Nile, violating all international laws, especially the United Nations Water Management Law, which stipulates the need for the principle country to inform the other involved ones , and gain their approval before building the dam.”

“The desire of Ethiopia to have more time to study the matter is surprising, and we had full and intensive negotiations for eight years,” Al-Sebaie said in a televised phone call to the Al-Hadath Al-Youm channel on Tuesday.

Ethiopia can only fill or start the GERD with the consent of Egypt and Sudan, and in accordance with Article 5 of the 2015 Declaration of Principles, he said, adding that it did not start filling the reservoir, but has announced that the filling of the dam will be complete in tandem with the construction works completion.

This came after Ethiopian Foreign Minister Gedu Andargachew’s remarks on Tuesday that his country will start filling the Dam in July.

He said his country would start to mobilise the initial reservoir of the Dam four months from now, during a press conference held in Addis Ababa, with the participation of the Minister of Irrigation and Water Resources, Seleshi Bekele.

Regarding the US role in negotiations, he said his country would not accept US pressures, and Ethiopia rejects the US Treasury Department’s request in a statement not to fill the Dam.

Andargachew said that they will not accept America asking them to do something and then pressuring them when they say no, just to benefit others.

Ethiopia is building a dam on its territory and under its full sovereignty, and the US, or any other country, should not interfere in determining our interests, he added.

The land is our land, the water is our water, the money that the Renaissance Dam is built with is our money, and there is no power that can prevent us from building it, he said.

Even though Ethiopia built a dam under its own fruition, it entered into talks to enhance the confidence of the downstream countries.

Meanwhile, Bekele said his country believes that negotiations are the only solution to reaching an agreement on GERD and expressed his rejection of Egypt’s previous statements over the GERD.

A trilateral agreement on the operation and filling of the GERD, which was signed by Egypt in Washington last week, is “fair and balanced,” preserving Ethiopia’s right to development and Egypt’s right to the Nile water, which is a right to life, presidential spokesperson Bassam Rady said on Tuesday evening.

In a telephone call to the Al-Hayat Al-Youm current affairs show on Al-Hayat channel, Rady said that the deal, which Ethiopia and Sudan have not yet signed, does not prevent the construction of the GERD but “rather regulates the filling and operation of the water through the GERD.”

“The deal does not touch the right of Ethiopia in constructing or developing or even generating electricity through the dam. It recognises the construction, and the filling and operation’s beginning, but according to rules that preserve Egypt’s right to life,” he said.

On Tuesday, US President Donald Trump called Egyptian President Abdel-Fattah Al-Sisi in order to discuss the latest developments concerning the mega-dam, expressing his appreciation for Egypt signing the GERD deal, according to a separate statement by Rady.

Egypt, Ethiopia, and Sudan were expected to sign a final deal on the mega-dam during the two-day talks that concluded in Washington, but Ethiopia skipped the meeting, citing incomplete domestic discussions.

Egypt initiated the deal and called on Ethiopia and Sudan to do the same.