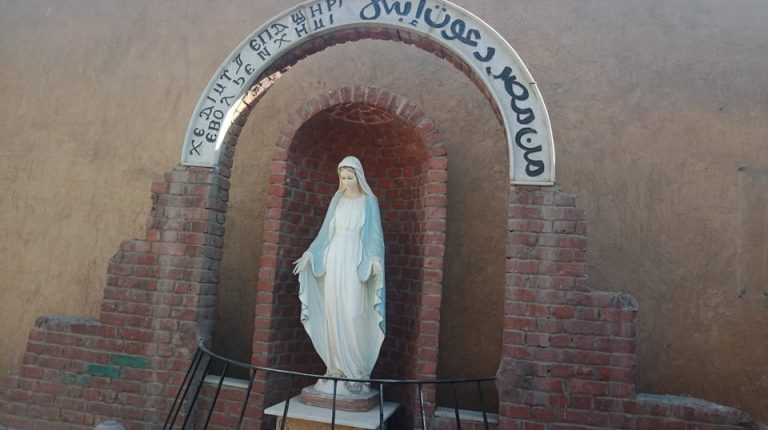 Fleeing the tyrant king, Herod I, the man who ordered the massacre of all newborns in Palestine at the time of the birth of Jesus Christ, the holy family came to Egypt, searching for refuge.

The entire hunt for the family started due to three fortune tellers going on search for the baby Jesus, having premonitions of the next King of Heaven. The three fortune tellers approached Herod the Great in Jerusalem, asking him where they could find the newborn “King of the Jews.” Herod feared that the child would threaten his throne, and ordered the killing of all newborns in his kingdom, hoping to kill the new so-called king. 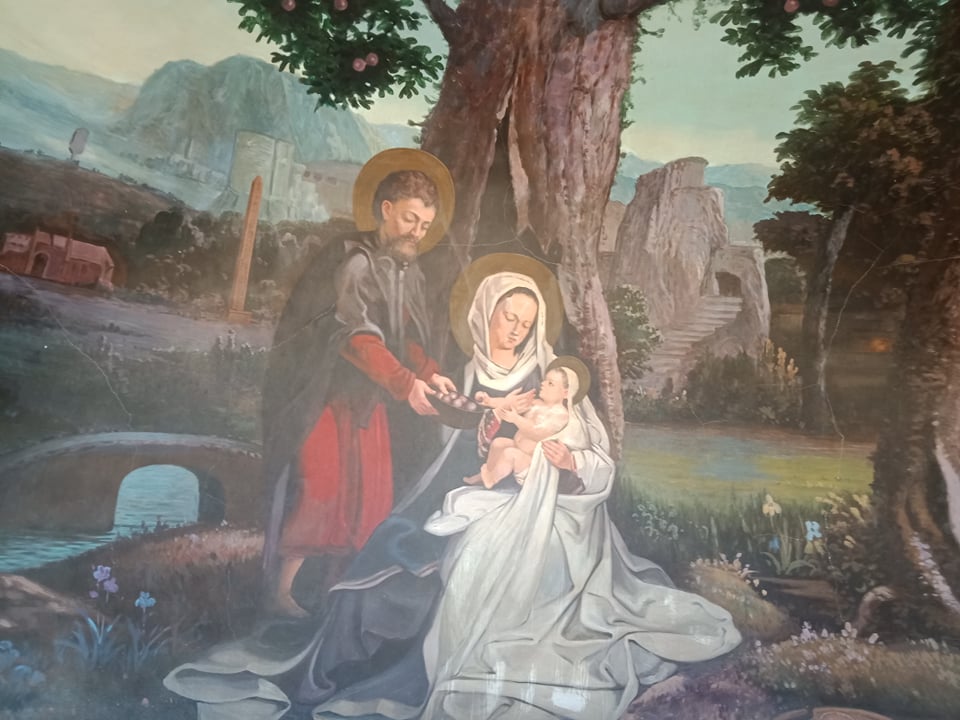 The holy family went west, taking the coastal road that links Palestine to Egypt. Reaching Egypt, the family settled next to a spring, a place called the City of Sun, or Heliopolis, in an area in modern day Matareya district in Cairo. This area is now considered one of the more famous places for Christian pilgrims to follow the journey of the Holy Family.

Back then, Matareya was just a small village where the Virgin Mary and Saint Joseph could rest up. Legend has it that during their stay, Mary rested against a tree where she was washing Jesus’s garments. On the ground from where she sprinkled the water sprouted a Balsam Tree, now known as Virgin’s tree, or Mary Tree. Today, Christians believe that its bark has miraculous properties.

However, what we do know is that Balsam perfume comes from the Balsam tree, which was considered one of the precious gifts that were sent to kings.

It has been a place of pilgrimage for Coptic Christians for many centuries, who come to pray by it, or just touch it, believing that it will heal illnesses. Next to the tree is a small chapel and an area that is surrounded by a wall, paving the way to her sacred tree.

Walking through the area, visitors will witness a small statue of Mary in her blue garments, leading up to another mural showing Mary and Joseph the Carpenter bathing Child Christ near the ancient well where the family settled. The well is still full of water.

According to local beliefs, French soldiers, during their invasion of Egypt in 1798, tried to cut the tree, but they could not, so they only engraved their names on it. 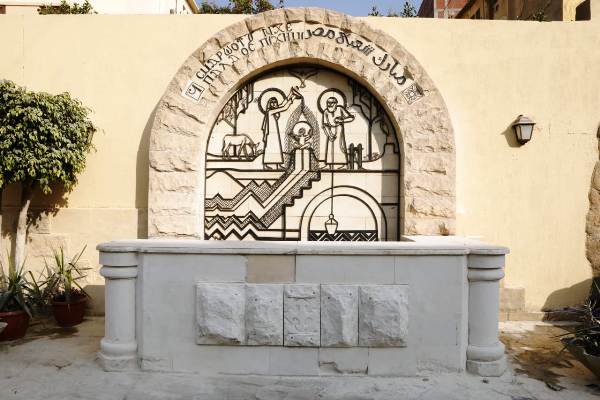 The City of the Sun, or Iunu, was one of the oldest cities of ancient Egypt. It was the capital city of lower Egypt, in addition to being a major religious centre, since the times of ancient Egypt, but the Old and Middle Kingdoms had largely expanded the city.

As a major religious centre, the city used to have the Temple of Atum-Ra, the ancient Egyptian deity of the sun. He was believed to rule in all parts of the created world, the sky, the Earth, and the underworld.

All forms of life were believed to have been created by Ra. Some stories said that even humans were created from Ra’s tears and sweat.

Atum was the first ancient Egyptian deity and the creator of the world. He was considered the father of the Gods. He has been interpreted as being the “complete one” and also the finisher of the world. As creator he was seen as the underlying substance of the world, the deities and all things being made of his flesh or alternatively being his ka (soul).

Unfortunately, ancient Heliopolis was destroyed, and its temples disappeared, however the major surviving remnant of Heliopolis is the obelisk of Senusret I in the Twelfth Dynasty of Egypt.

It is the only obelisk still standing in its original position at the site of the former temple of the creator and the sun gods of Heliopolis. The 21 meters high red granite obelisk weighs 120 tonnes. The names of the god Ra and the creator of the obelisk were engraved in the obelisk along with the date in which it was built.

AN ISRAELI VIEW: Beware the ides of September

Accounts from the Holy Land