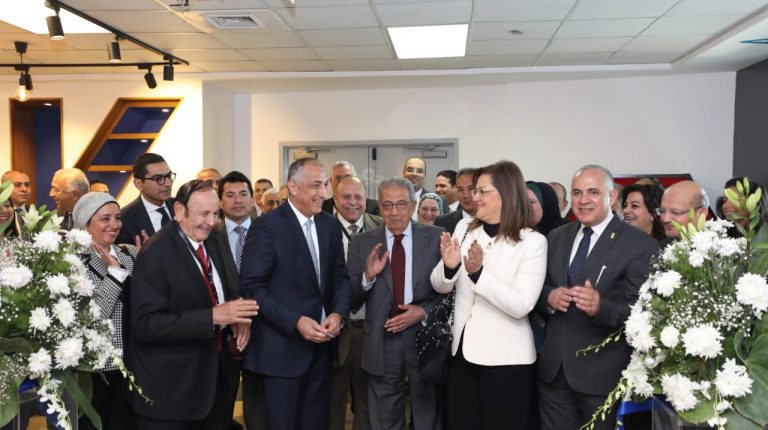 The Central Bank of Egypt (CBE) and the Nile University on Wednesday celebrated the first anniversary of the NilePreneurs initiative to finance and support entrepreneurs in Egypt.

The event was attended by CBE Deputy Governor Gamal Negm, CBE Sub-Governor for Banking Reform Sector Nermine El Tahri, President of the Nile University Medhat Khalil, Chairperson of the Nile University’s Board of Trustees Amr Moussa, and other bank leaders participating in the initiative.

The CBE had signed a 5-year agreement with the Nile University to launch the initiative with the aim of encouraging entrepreneurship, small and emerging projects, and empowering young people, in integration with the government’s orientation towards sustainable development.

It also provided technical support to 56 projects, and trained 100 students from technical schools and about 2,000 others from other schools.

More than 6,000 students participated in awarenessraising campaigns about the principles of entrepreneurship and financial education, and 12 training activities were provided for government agencies and universities. Moreover, the initiative’s social media pages attracted 100,000 followers.

The anniversary celebration also witnessed presenting projects and innovative ideas by entrepreneurs, whether sponsored by the NilePreneurs’ incubators or seeking direct investment. So, the event was an opportunity for such projects to obtain the necessary financing from banks and communicate with big firms and investors, as well as exchanging experience in different areas.

Negm said, “What has been accomplished in this initiative so far makes us feel proud and confident in our promising youth, who are the future of Egypt and the renaissance of its economy. Certainly, the expansion of the initiative’s activities will contribute to supporting more entrepreneurs and small and emerging projects, in a way that reflects positively on the gross domestic product (GDP), which of course comes in line with the CBE’s and the state’s targeted economic development.”

He stressed the importance of such projects in improving production, addressing the state budget deficit, achieving financial stability, controlling the stock market, reducing the balance of payments deficit, and most importantly creating job opportunities for young people.

Negm said that he would like to go beyond generating ideas, and turn them into projects, especially with the availability of necessary funding to turn those ideas into a reality, pointing out that the Egyptian banking system has huge liquidity, unlike many other countries that have good ideas but lack funding.

“Financing is available, and so do initiatives, so we want to establish more factories. We need good products and marketing for them, which would increase exports and decrease imports,” he elaborated. He called for measuring the NilePreneurs’ impact on the Egyptian economy as a whole, specifically on imports, exports, job creation, and GDP.

Moreover, El Tahri said the NilePreneurs succeeded in producing cadres of business leaders, and proved Egypt has promising youth and innovative ideas. She indicated the success of the initiative in stimulating the cooperation between the Egyptian Credit Bureau “I-Score” and the Export Credit Risk Guarantee company in studying projects and supporting entrepreneurs.

“The initiative’s results make us proud of our young people and our capabilities, especially as those in charge of the initiative relied entirely on their skills with no external aid,” she added.

The participants in the initiative cooperated in identifying the problems it faces and working to solve them, El Tahri said, noting that building on the success of some of us can solve problems faster and more accurately.

She revealed that an integrated study is being prepared to establish an investment fund, to be called “Fund NP”, with the participation of the initiative’s banks to invest in promising companies of the NilePreneurs, or those holding a certificate from the initiative’s business development centres. The proposed fund will enhance the initiative’s services and provide financial support.

El Tahri also disclosed that the CBE aims to increase the initiative’s business development centres to 100 by the end of the year, to 28 now.Out of the planned centres, 15 will be established in cooperation with the Ministry of Youth and Sports, while the others will be launched together with the private sector and various entities.

She pointed out that 2 more banks will join the NilePreneurs this year, bringing the total number to 15 banks. She said that many banks are willing to join the initiative, but they are waiting for new opportunities or ideas that can be adopted by those banks, as each one currently works on a project, and the initiative does not want to repeat ideas.