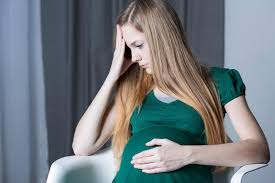 Pregnancy, for women, is one of the most difficult times in life, requiring more medical attention in order to maintain not only their health, but the foetus’. During the nine-month term of pregnancy, a woman’s immune system is so compromised, that she’s at constant risk of developing a chronic disease.

Over the past month, the Coronavirus (Covid 19) outbreak caused a state of terror in the world, especially for the children, the elderly, and pregnant women.

Coronaviruses are a large family  that causes a range of diseases, with some that are less-severe, such as the common cold, and others that are more severe such as MERS and SARS. The virus was confirmed to be easily transmittable from person to person.

To date, according to the World Health Organization (WHO), the number of Covid-19 cases around the world has reached 92,314, while the death toll has recorded 3,131.

As a result, doctors all over the world have advised pregnant women not to travel to areas where the disease is prevalent. Subsequently, this restriction raised many questions and concerns for pregnant woman, asking themselves if this virus is more dangerous for pregnant women than other people, and could this virus be transferred from mother to foetus, in addition to the most important question of how can pregnant women protect themselves from infection. Daily News Egypt dug to find the answers for these questions through interviewing Lecturer & Consultant of Gynecology and Obstetrics at Cairo University, Amr Hassan, and Assistant professor of obstetrics and gynaecology at Cairo University, Hossam Al-Shenoufy.

Hassan and Al-Shenoufy both told Daily News Egypt that there is no definitive evidence or study yet that confirms that Covid-19 can be transferred from mother to fetus.

They both gave some tips on how pregnant women may prevent the virus and other infectious diseases.

“The key to improving the immune system in pregnant women is to get enough sleep in the evening and to have perfect nutrition. In addition, pregnant women should not sit side by side with people who smoke or have shisha, as the smoke reduces the immunity, which will leave her susceptibile  to catch a disease,” Hassan said.

He added that a pregnant woman should also avoid visiting the people in hospitals, explaining that due to her low immunity, she could easily be infected with any disease.

Besides, Al-Shanoufy futher added that a pregnant woman has to avoid the crowded places, and the places that have no good ventilation.

Both doctors assured the necessity of personal hygiene including, washing your hands at least three times a day, making sure that food is washed thoroughly, and that the place where woman sit is clean.

Hassan mentioned that the symptoms of Covid-19 is close to the symptoms of common cold, so he always advises pregnant women to stay in bed and follow up with a doctor if they start feeling symptoms. In a few days, if she’s not feeling better after taking the medication and feels that she is at risk of having Covid-19, she should consult with her doctor about taking the Covid-19 test.

Al-Shenoufy said that women shouldn’t fear too much, mentioning that the symptoms pregnant women should be concerned about are high temperature, respiratory problems, and dry cough.

Some have asked Hassan if he believes that pregnant women should try and avoid medicine, he answered that he prefers the natural remedies like lemon juice and honey. However, in the case of high temperature, he would recommend that women take medication that contains paracetamol and to take Vitamin C tablets in order to boost their immunity.

By asking Hassan that people think that the pregnant woman has to be banned from taking any medicines, he stated that they prefer the natural treatments including the lemon juice and the honey, but in the case of the high temperature she is allowed to take any medicine that contains the paracetamol substance, and the Vitamin C tablets in order to raise her immunity.