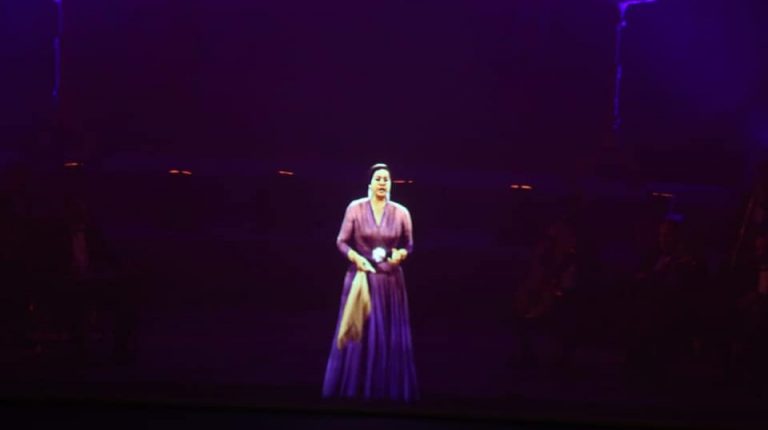 Under the auspices of Minister of Culture Inas Abdel Dayem, the show featured the famed singer, more than four decades after her death. Umm Kulthum still has a unique status in the Arab world, as her voice was exceptional, strong, and instantly recognisable. Selling over 80m records worldwide, she is one of the best-selling Middle Eastern singers of all time.

Her famous songs include Enta Omri (You are the love of my life), Al-Atlal (The ruins), El-Hobb Kolloh (All the love), Ya Zalemeny (You were unjust to me), Ya Mes-harany (You keep me awake all night), Hayart Albi Ma’ak (You confused my heart), amongst others.

She influenced millions of her listeners and fans. Her performances combined raw emotion and political rhetoric; she was greatly influential and spoke about politics through her music.

Umm Kulthum still rules the hearts of all her fans and her brilliant voice still rings in their ears. She was described as the “Incomparable Voice” by Maria Callas, one of the most renowned and influential opera singers of the 20th century.

Supporting Egypt in the 1967 Arab-Israeli War, in which Israel occupied parts of Egypt, Umm Kulthum composed a series of songs that fuelled nationalism and pan-Arab sentiment. She also performed in many Arab countries to raise money for the Egyptian army.

Minister of Culture Abdel Dayem said that introducing hologram performances to the Cairo Opera was an important step in using this technology and promoting creativity.

“It comes without saying that Um Kulthum deserves to be the first artist featured in such event, as it will also bring us closer to olden days and their creative beauty,” she commented.

“The idea of the concert,” she continued, “comes from the necessity of using modern methods to attract young people and new generations to art heritage, in addition to reshaping the awareness of society.” 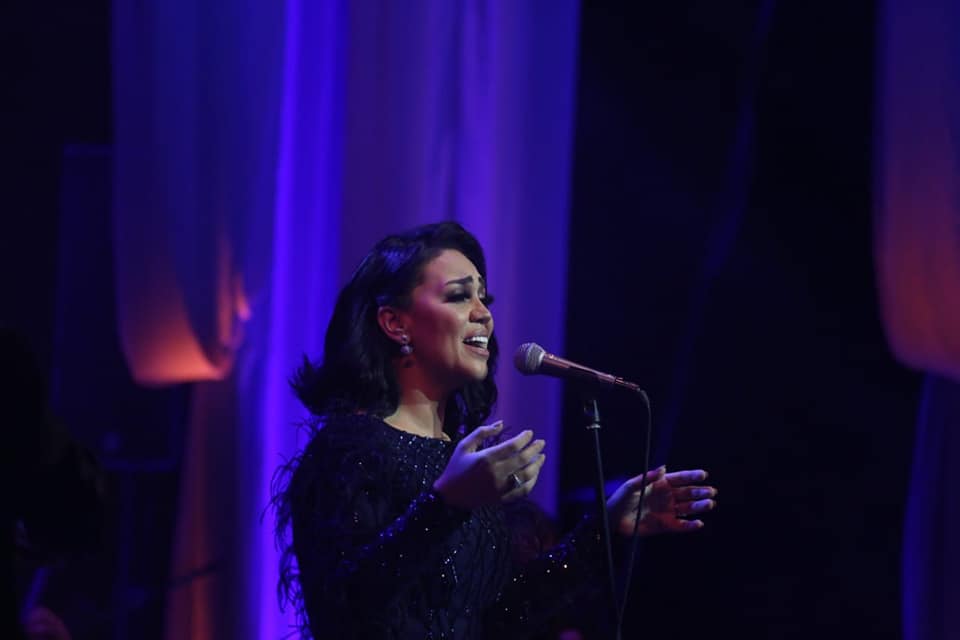 The show was directed by Gihan Morsey. Young opera singers Mai Farouk and Reham Abdel Hakim performed the role of the legendary singer. The two singers are known for performing Um Kulthum’s repertoire in many concerts in Egypt and abroad.

The evening also included an orchestra under the baton of Mostafa Helmy, while Mahmoud Hagag and Yasser Shaalan will be in charge of light, sound, and scenography.

The hologram concert for Umm Kulthum was staged for the first time at the Winter in Tantora Festival in Al-Ula city, Saudi Arabia in January 2019.

Appearing as a hologram accompaniment by an orchestra and bedecked in flowing, full-length gowns as she had when debuting in the 1920s, the concert achieved great success.

In December 2001, the Egyptian government opened a museum for Umm Kulthum, hosting her valuable belongings and old records. Surrounded by her pictures and dresses, visitors can feel her soul in every corner of the museum, some local stories claim that people can hear her voice in the museum without playing any of her songs.

Even the dark sunglasses which been used by Um kultum in her late life, is saved in the museum, along with her silk scarf, which she could never perform without in her concerts.

After more than a decade of health problems, Um Kultum died on 3 February1975, her funeral procession became a national event, with around 4 million grief-stricken Egyptians lining the streets to catch a glimpse as her cortege passed.