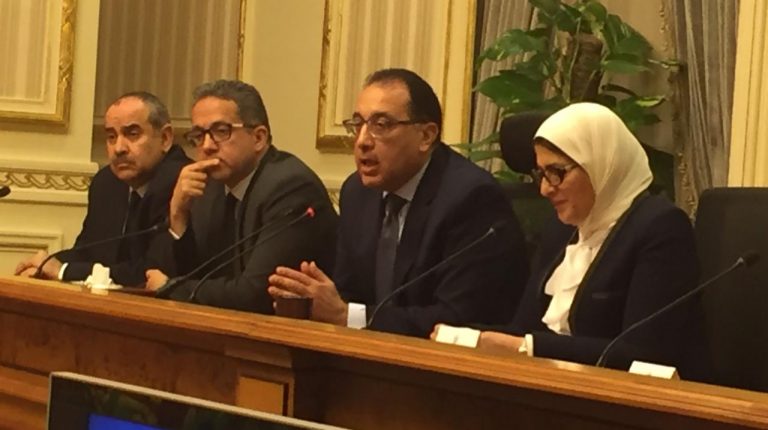 Forty-five COVID-19 cases were detected in Egypt among the crew of a Nile cruise operating between Aswan and Luxor. However, 11 of those infected tested negative after 48 hours. All the infected cases were Egyptian and showed no symptoms. They were transferred to the Nagilla hospital in Matrouh, which has been equipped for COVID-19 quarantine and treatment, Health Minister Hala Zayed announced on Saturday.

An American lady of Taiwanese origin was behind the infections.

People who came in contact with those infected are being closely monitored during the 14-day incubation period of the novel virus, according to the Health Ministry.

There were 171 people on board the cruise: 101 foreigners and 70 Egyptians.

Three other cases were announced last week including an Egyptian coming from Serbia via France. This raises the total detected cases in the country to 48 cases.

Moreover, EgyptAir announced on Saturday suspending its Egypt-Kuwait flights until further notice. The decision comes as a an implementation of the reciprocity principle, after the Gulf country suspended all flights to and from some countries, including Egypt.

Kuwait said that its decision aims to stem the spread of COVID-19 and ensure the safety of the public. Kuwaiti Ministry of Foreign Affairs called for Kuwaiti nationals in Egypt to contact their embassy in Cairo as soon as possible, to arrange their return to Kuwait.

Kuwait has confirmed 58 cases so far. All these cases had visited Iran or had connections with people coming from Iran, and not one of them visited Egypt or got in contact with Egyptian nationals recently.

Meanwhile, Egypt’s Ministry of Health announced that 2,166 suspected cases have been checked for the novel Coronavirus in Egypt since January. According to the statement of the ministry, most of the checked cases tested negative, however, 15 cases came positive.

The statement also reported another case of an Egyptian returning from Serbia via France. He was a 44-year-old man who, at first, did not show any symptoms of Coronavirus following his return.

However, within a few days he started to show symptoms of the disease, and was immediately transferred to Nagilla hospital. Anyone that came into contact with him was medically tested.

Earlier, a foreigner was diagnosed with COVID-19 last Sunday and was put in quarantine. All people communicating with him were checked and the patient is now receiving the needed medical treatment.

The epidemic was emerged in China’s Hubei province and spread rapidly to surrounding countries like South Korea and Japan.

The total number of confirmed cases of the outbreak globally reached 102,471. Fortunately, 57,462 people of those infected have recovered. However, deaths owing to the epidemic reached 3,491 so far.

The main hotspots of the pandemic up until mid-Saturday are South Korea with 7,041 confirmed cases, Iran with 4,747 cases, and Italy with 4,636 cases.

The coronavirus can survive on surfaces for up to nine days. Patients with heart disease and diabetes, and those who suffer from immune system problems are more likely to be infected with COVID-19, according to Islam Hussein, expert of virology and former PhD researcher at Massachusetts Institute of Technology (MIT).

He added that smoking also contributes to increasing the mortality rate of the virus, which explains the increase of deaths among infected males in China compared to females. Hussein noted that there is no vaccination against the disease as of yet, but there are hundreds of clinical trials being conducted every day.