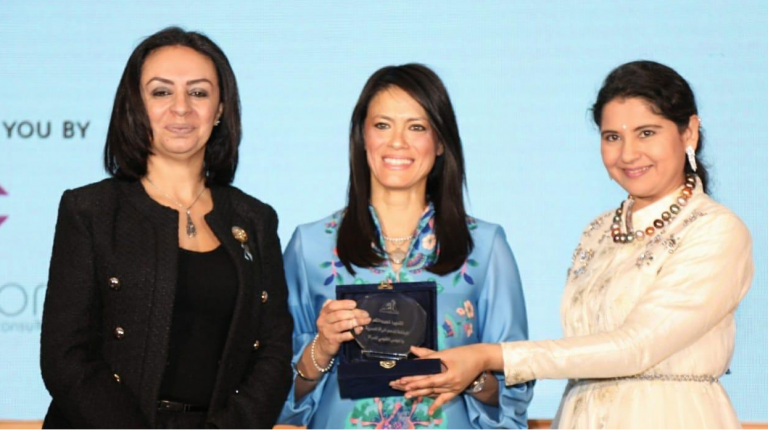 Women own 37% of established startups in Egypt, according to Minister of Trade and Industry Nevine Gamea.

She said that the government is keen on providing programmes to fully empower and equip Egyptian women, highlighting the important role played by the National Council for Women (NCW) in supporting women and assuring their presence in various arenas.

The minister also said that the Micro, Small and Medium Enterprises Development Agency (MSME) was granted the Gender Recognition Certificate, an international merit awarded to public institutions working on gender equality and women empowerment through integrating gender policies in their processes and projects.

Her remarks came on the second day of the Women Economic Forum (WEF), which is held from 4 to 9 March in Egypt. WEF takes place for the first time in Egypt and is held under the auspices of President Abdel Fattah Al Sisi. The forum is organised by the NCW in partnership with The Worx company.

Minister of International Cooperation Rania Al Mashat spoke about restructuring gender policies during the 4th industrial revolution, saying that despite the fact that technology utilisation will result in the loss of approximately 33m jobs globally, it will lead to the creation of another 133m jobs.

She also said that the first to lose jobs in technology are women, which is why women need training and knowledge to become part of the 4th industrial revolution and to have leverage during the era of digital transformation.

“At the Ministry of International Cooperation, we make sure that Sustainable Development Goals (SDG) are achieved in each project we participate in, especially the 5th SDG of gender equality and guaranteeing the involvement of women in the project.

“At the Ministry of Social Solidarity, we aim to provide protection, empowerment, development, and social change for women and by women through some of our most important programmes: the Takafol w Karama, Forsa, and Mawada programmes. We also enable citizens with disabilities, establish centres for female survivors of violence, as well as issue national IDs, and birth and marriage certificates to women,” said Social Solidarity Minister Nevine El-Kabbaj.

Founder of WEF Harbeen Arora announced 100 scholarships for Egyptian women and girls fully sponsored by Rai university, owned by Arora. She expressed her hopes that this collaboration between Indian and Egyptian women will continue to empower them in both countries.