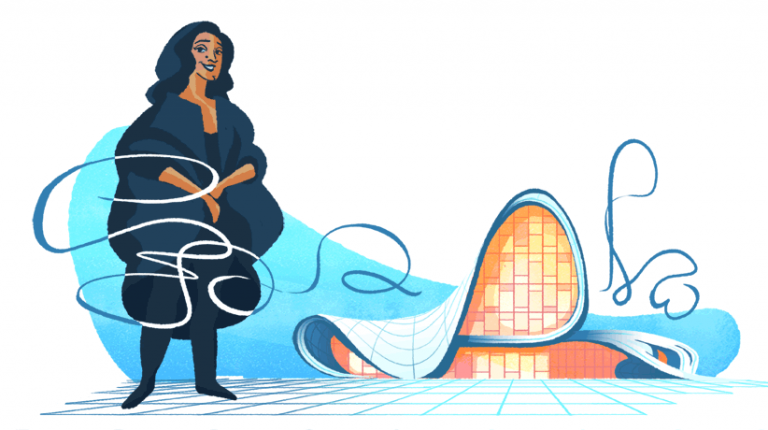 People all over the Arabic speaking world may greatly enjoy Google Assistant, especially since it can recognise and understand 17 different Arabic dialects, including Egyptian dialect. In order to celebrate, the company rolls out facts about 12 extraordinary women from around the world, including Iraqi Zaha Hadid. Google Assistant users need only say these simple commands to any Google Assistant enabled device in order to hear these amasing facts:

“Hey Google, tell me about an inspiring woman”

“Hey Google, give me facts about inspiring women”

Google Assistant will surface answers to these queries, and below the answer, you will have option of “more” on the lower side of the screen, which directs you to  main page with details about the 12 women we’re celebrating.

This year’s doodle is a 55-second video. Google worked with several (guest) doodlers for this one. It will be live from 00:00 to 23:59 on March 8 local time. Here’s an excerpt from the blog post they will be posting on Sunday:

This year’s International Women’s Day Doodle celebrates women coming together throughout the world—and generations—with a special animated video. The multi-layered 3D paper mandala animation, illustrated by Oslo and London-based guest artists Julie Wilkinson and Joyanne Horscrof from Makerie Studio and animated by Zurich-based guest animators Marion Willam & Daphne Abderhalden from DRASTIK, represent both the history of this powerful celebration and the significance it has for women across generations.

The mandala’s black-and-white central layer reflects women around the world during the late 1800s to the 1930s amidst labour movements. The second layer depicts women from the 1950s to the 1980s, a landmark era in the wake of pushes for gender equality and rapid changes to the status quo. Finally, the outer layer symbolises women from the 1990s to the present-day, in the context of progress made from over 100 years of women’s rights movements. It pays tribute to breaking barriers from former cultural and gender roles, as women continue to question, reclaim, and redefine ideas about the role women take on in society.

As today’s women stand on the shoulders of those who have fought and made sacrifices in the generations past, they likewise carry the legacy of the movement forward. Here’s to the women across sectors, industries, nations, ages, and cultures, who persist tirelessly to take charge together—paving the way for future generations to come.