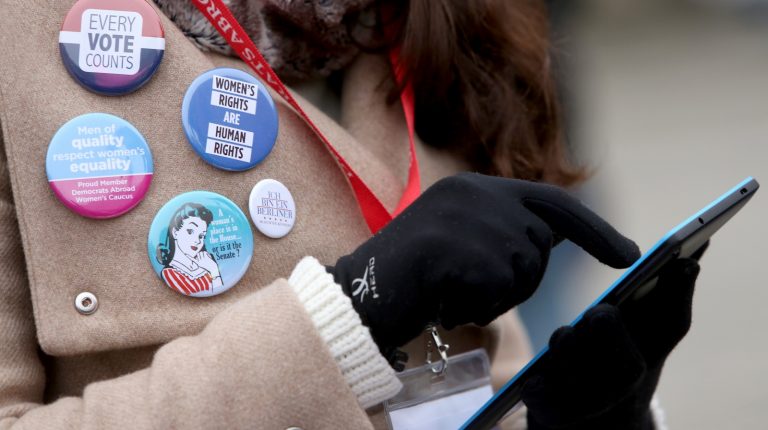 It is no doubt that social media has become a very effective tool on feminist issues, and since it has become a more integrated part in women’s freedom of expressions, Daily News Egypt decided to dive into the workings of Twitter and Facebook to find out how exactly they celebrate International Women’s Day (IWD).

According to Twitter, there have been 125m Tweets globally about feminism and equality over the last three years. A Twitter survey found that 80% of women on the platform from the GCC, Egypt, and Lebanon go on just to find out what’s happening in the world. Some 54% of Arab women who use the platform stated that Twitter empowers them to express themselves freely, whereas 50% of them mentioned that Twitter allows them to connect with their interests and passions. Their interests include culture (53%), health (42%) due to the outbreak of the recent Covid-19, education (40%), and government (36%).

On the occasion of IWD, Twitter has created two hashtags (in many different languages, including Arabic) that turn into emojis when submitted. The first one depicts the female symbol in gold when Tweeting the following hashtags: #IWD2020, #InternationalWomensDay, #IWD, #WomensDay, #SheInspiresMe, and other Arabic ones.

Twitter kicked off the #SheInspiresMe campaign on Sunday to invite everyone in the region to join the global conversation about IWD. The @TwitterMENA account will encourage people to Tweet about women who have inspired them throughout their personal and professional journeys. The Tweets and conversations are intended to serve as a microphone for women’s voices by highlighting their power on the platform.

The second emoji that Twitter has launched includes three female symbols in blue, green, and purple. It’s activated when Tweeting #EveryWoman. The campaign behind this emoji aims to advance the intersectional inclusion of women at Twitter, in the tech space and the global female community. The campaign is facilitated by @TwitterWomen, Twitter’s business resource group whose mission is to foster gender equality and support the inclusion and advancement of women at Twitter and in the tech industry.

To celebrate IWD 2020, Facebook highlights the most important women’s initiatives undertaken by prominent women in their societies using Facebook, in order to show that change is possible, and that women will continue to pioneer social movements that make the world a better place.

Among the initiatives that Facebook highlighted is the “Surviving Hijab” initiative, which now has 750,000 members. The founder’s goal in creating this group was to eliminate the stereotype of girls and the women who wear the hijab, and to encourage veiled woman to wear their clothes with pride.

Facebook pointed out to the #metoo movement, which was launched on 15 October 2017, witnessed more than 12m posts, comments, and interactions on Facebook in less than 24 hours, where women shared their survival stories and courage from sexual harassment and assaults.