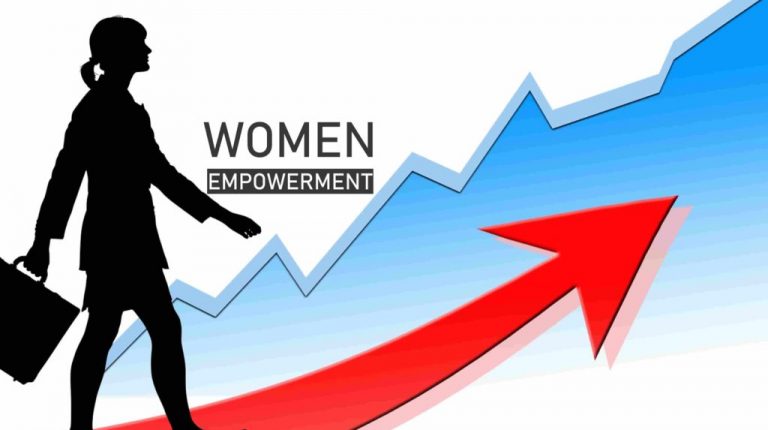 Sunday 8 March marks the International Women’s Day 2020, which does not only recognise the achievements made by women, but also raises awareness on the obstacles that still stand in their way. To know those obstacles, in Egypt specifically, we should first know where Egypt stands in terms of women’s empowerment politically, economically, among other issues.

According to the Central Agency for Public Mobilization and Statistics (CAPMAS), the gender ratio in Egypt reached 106.2%, meaning that there are 106.2 males for every 100 females.

Education is the key element for all areas of empowerment. According to CAPMAS, the total female school enrolment rate to males in pre-primary education reached 27.7% in 2017-2018, while for primary stage the rate was 101%, for preparatory stage was 94.2%, and 54.6% for secondary education, whether general, technical, commercial, industrial, agricultural. The percentage of females enrolled in higher education was 48.9% compared to 51.1% for males.

This shows that as girls grow older, their education stops, which of course will reflect on her engagement in the labour force.

Egypt ranked 102nd globally in terms of closing the gender gap in educational attainment, compared to 90th in 2006, according to the World Economic Forum (WEF).

Talking about women’s employment, Minister of Planning Hala El-Said said on Saturday during the “She Can” event that women in Egypt represent 45% of total governmental jobs, which exceeds the global average of 32%.

Concerning Egyptian women in executive leadership roles, El-Said added that women account for 7.1% of these leadership jobs, which is higher than the 5.4% average in the Middle East and North Africa region.

The second element in women’s empowerment is economic. Economic equality will not only benefit women, but the whole world.

A report from McKinsey Global Institute finds that $12trn could be added to the global GDP by 2025 solely through advancing women’s equality.

In terms of Egypt, a 2012 report by Booz & Company on women and the world of work estimated that if female employment rates were to match male rates in Egypt, it would result in an increase of 34% to the GDP.

Economic growth cannot be sustained without inclusiveness, and women represent an untapped resource in the economy of Egypt, a fact noted in the 2010 World Bank Gender report, as well as in various studies concerned with women’s labour force participation.

The 2010 World Bank Gender Assessment also noted that the traditionally strong relationship between educational attainment and economic participation were weakening, with the over-representation of educated women in a shrinking government sector, and their under-representation in the private sector.

The discriminatory labour market treatment of women, especially in the private sector, is a significant obstacle to their participation and contribution to economic growth.

She added that Egyptian women owe 51% of total loans directed to micro-projects, while the percentage of small projects that are directed to women also witnessed a large hike in 2019 reaching 69%, compared to 23% in 2015.

According to Minister of Trade and Industry Nevine Gamea, women own 37% of established startups in Egypt.

No one can deny the efforts the Egyptian government has taken during the last three years to further empower women economically, but there is still a lot to do in terms of the gender pay gap and the high representation of women in the informal sector, bearing in mind that women are breadwinners of many households.

In today’s world, healthcare has become an unquestionable human right, yet, women specifically are still kept out of the conversation when governments talk about health autonomy and proper healthcare procedures. Without health, women are unable to participate as active citizens or even attain other facets of empowerment.

“The state achieved a middle rank of 85 in the health and survival index, compared to 66 in 2006,” according to the WEF’s latest gender gap report.

So, its apparent that Egypt has been going backwards in the global survival index, however, Egypt has been able to improve the conditions of healthcare seeing that maternal morbidity and mortality has improved, and the percentage of women covered by health insurance has increased drastically.

According to CAPMAS, life expectancy at birth for females is 75.5 years, compared to 73.0 years for males in 2020.

Talking about political empowerment in Egypt, Dina Hussein, a member of the National Council for Women, explained that Egyptian women constitute 25% of the Egyptian government, and the glass barrier was broken by appointing the first national security adviser and the first Egyptian judge on a platform in the Economic Court.

She added that the representation of women in the Egyptian parliament increased to 15%, then after the latest constitutional amendments that rose to 25% in addition to the presence of a 20% quota for youth, which women also benefit from.

All in all, Egypt still has a long way to go before achieving complete female economic empowerment and gender equality.

Women hold 45% of government jobs in Egypt, above global average of 32%: El-Said