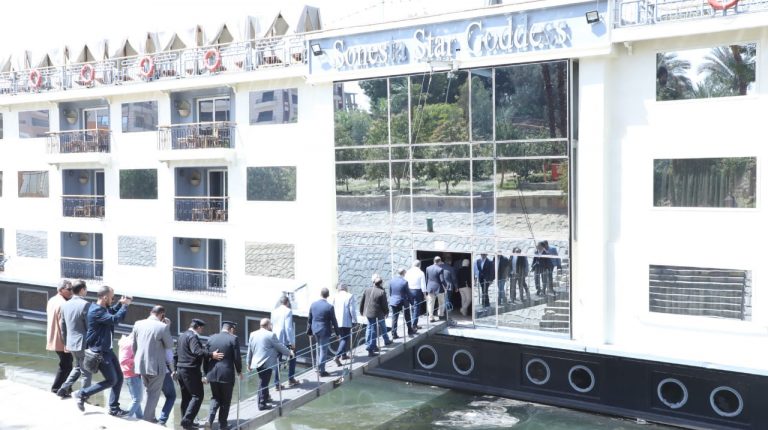 A 60-year-old German died in Egypt as a result of the novel coronavirus (COVID-19), the first such death in the country, the health ministry announced Sunday.

The ministry said the patient had been confirmed with COVID-19 on Saturday after suffering fever following a 7-day trip to Luxor. The ministry contacted German health authorities for further information about the case, as he spent a short period in Egypt.

Meanwhile, the government announced it will adopt new measures to facilitate COVID-19 tests for the public to avoid overcrowding in front of the concerned medical bodies. The new procedures will be implemented starting Wednesday, according to a statement by the cabinet on Sunday.

The statement followed scenes of hundreds of young people overcrowding the central laboratories of the Ministry of Health in Cairo to conduct the coronavirus test, as part of travel requirements to certain countries including some Gulf states.

Egypt has reported 45 COVID-19 cases so far after the announcement made by the health minister on Saturday night saying that 33 new cases were detected in Egypt within a Nile cruise crew operating between Aswan and Luxor.

All the infected cases were Egyptian and showed no symptoms, however, 11 of those infected tested negative after 48 hours. All cases were put in quarantine.

In a visit to Luxor accompanied by Minister of Tourism Khaled Enany, Health Minister Hala Zayed stressed that all Nile cruises are safe, and encouraged tourists to use them. During his visit, the minister re-checked the preventive measures taken by Nile cruises, asking not to discourage tourist about the number of infected cases in Luxor.

She further illustrated that all the 171 people who were on board the cruise, comprising of 101 foreigners and 70 Egyptians, were put in quarantine, noting that the source of the infection was an American national of Taiwanese origin who tested positive for the Coronavirus when returning to her home country.

People who came in contact with those infected are being closely monitored during the 14-day incubation period of the novel virus, according to the minister.

Zayed said in media statements that those who are infected are given antibiotics and endothermic medications. However, the World Health Organization (WHO) said that antibiotics do not work against viruses, only bacteria.

“The new coronavirus is a virus and, therefore, antibiotics should not be used as a means of prevention or treatment. However, if you are hospitalised for the Coronavirus, you may receive antibiotics because bacterial co-infection is possible,” according to the WHO.

The epidemic was emerged in China’s Hubei province and spread rapidly to surrounding countries like South Korea and Japan.

The total number of confirmed cases of the outbreak globally reached 107,671. Fortunately, 60,659 people of those infected have recovered. However, deaths owing to the epidemic reached 3,654 so far.