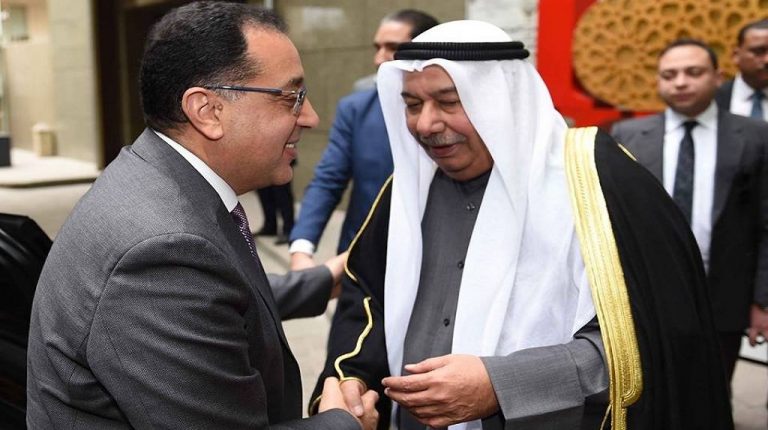 The Kuwaiti government took several hesitant yet sharp decisions toward Egypt as part of its Coronavirus disease (COVID-19) precautions measures over the last week. The government started with suspending entry visas for Egyptians, followed by obliging those returning to Kuwait to undergo Polymerase Chain Reaction (PCR) tests, but then it stopped mandatory PCR tests after coordination with the Egyptian government, before finally suspending all flights to and from Egypt.

It all started on 1 March when Kuwait’s Interior Ministry suspended the issuance of entry visas for Egyptians amid fears of the COVID-19 outbreak, Al-Qabas newspaper quoted a local security source. However, the decision did not include those with valid Kuwaiti residency, which gave them the chance to return to the Gulf country.

The decision includesd all visa categories including social, tourism, commercial, and work visas. The Kuwaiti decision comes came despite Cairo’s announcement, at the time, that it iwas free of the COVID-19, ever after confirming that the one case that came back positive has fully recovered.that the one case diagnosed with the disease has recovered.. But thise decision visa ban doesn’t only include Egypt, but also included Iran, Iraq, China, Hong Kong, Korea, Thailand, and Italy over fears of further infections.

On 2 March, several Kuwaiti MPs praised their country’s decision to suspend visa entry for the Egyptians, calling on the authorities to prevent even those with Kuwaiti residency from returning to Kuwait until the government could confirm their health situation and prove negative for the novel Coronavirus.

They said the Egyptian community in Kuwait is one of the largest ones in the Gulf country, exceeding 600,000 people in 2018. Kuwaiti officials explained that the measures stem from a mistrust in Egyptian authorities they are accurately controlling the virus, accusing the Egyptian government of publishing false reports of the actual number of COVID-19 cases in the country.

On 3 March, the Kuwaiti civil aviation directorate decided that foreigners coming from Egypt, the Philippines, India, Bangladesh, Syria, Azerbaijan, Turkey, Sri Lanka, Georgia, and Lebanon were prevented from entering Kuwait without presenting their PCR results, which was the only acceptable confirmation of being COVID-19 free for the Kuwaiti authorities.

On 4 March, Egypt’s Minister of Emigration Nabila Makram met the Kuwaiti ambassador to Egypt Mohammad Al-Thuwaikh to discuss facilitating exceptional measures and tests required from the Egyptians returning to Kuwait.

On 5 March, the Kuwaiti authorities announced waiving all exceptional and conditional procedures for the Egyptians returning to Kuwait for work., and Kuwaiti airports and local authorities were informed that Egyptians were not required to present PCR test results.

Both Makram and the Egyptian ambassador to Kuwait Tareq Al-Qouni thanked the Kuwaiti government for facilitating the return of Egyptians holding residency to Kuwait, praising the strategic Egyptian-Kuwaiti relations.

However, the Kuwaiti authorities announced on 6 March suspending all flights to and from Egypt, Lebanon, Syria, Bangladesh, the Philippines, India, and Sri Lanka for a week starting Saturday 7 March, with an exception for Kuwaitis coming from the seven countries provided that they submit to quarantine procedures, according to the Kuwaiti civil aviation directorate.

On 7 March, the Kuwaiti embassy to Egypt called upon its citizens in Egypt to contact the embassy to facilitate their return to Kuwait in a quick and organised manner, the Kuwaiti Foreign Ministry said in a statement.

Egyptian panic on social media was one of the main reasons for the Kuwaiti government’s sharp and hesitant decisions regarding the Egyptians over the past week, Rakha Ahmed, former assistant of Egypt’s foreign minister, told Daily News Egypt.

“Every country is free to take the precautions needed to keep it safe from COVID-19, yet Egypt remains stable, and not from the most infected countries,” Ahmed added. Many Egyptians were suspecting the statements released by the country’s Ministry of Health and Population about COVID-19 cases, however it was coordinated with the World Health Organisation (WHO).

Finally, EgyptAir announced on Saturday suspending its Egypt-Kuwait flights until further notice. The decision comes as an implementation of the reciprocity principle, after the Gulf country suspended all flights to and from Egypt and other countries.

Ahmed asserted that these flight suspensions were temporary and they would not affect both countries’ relations, noting that ties with Kuwait are diversified and rooted.

Egypt-Kuwait economic relations have witnessed significant growth. Cumulative joint investment between the two countries has an average of $400m a year, according to Egypt’s State Information Service (SIS).

On 4 March, a delegation from the Kuwait Fund for Arab Economic Development (KFAED) visited Egypt and met with the Minister of International Cooperation Rania Al-Mashat to discuss the fund’s contribution in the second phase of Sinai development projects.

Al-Mashat accompanied the KFAED mission in a field visit to several Sinai development projects in East Port Said that the fund was already contributing $1.1bn in support and was looking to closely follow up the progress of the projects’ implementation.

Egypt and Kuwait shared a strong history, especially during since the 1967 and the 1973 wars against Israel when Kuwaiti and Egyptian troops stood side by side to defend Arab and Muslim integrity, said the Kuwaiti diplomat, who also commended Egypt’s strong stance against Iraqi greed in Kuwaiti land especially during the August 1990 invasion of Kuwait.

COVID-19 outbreak in Kuwait, Egypt, and the globe

Kuwait has detected three new cases of the coronavirus linked to patients who recently travelled to Iran, according to a health ministry statement, bringing the total number of cases in the country to 61 as of Saturday.

In Egypt, there have been 45 cases of COVID-19 detected within the crew of a Nile cruise operating between Aswan and Luxor. However, 11 of those infected tested negative after 48 hours. All the infected cases were Egyptian and showed no symptoms.

They were transferred to the Nagilla hospital in Matrouh, which has been equipped for Coronavirus quarantine and treatment, Health Minister Hala Zayed announced on Saturday.

An American national of Taiwanese origin was behind the infections. People who came in contact with those infected are being closely monitored during the 14-day incubation period of the novel virus, according to the Health Ministry. There were 171 people on board the cruise: 101 foreigners and 70 Egyptians.

A number of tourists cancelled their flights to Egypt recently over fears of contracting the virus, Ahmed mentioned, noting that the Egyptian authorities are treating the crisis with the utmost efficiency.

Moreover, Iran has confirmed almost 6,000 coronavirus infections and 145 deaths as the number of cases worldwide exceeded 100,000, according to global media reports. Two MPs were reportedly among those died of COVID-19 in Iran, where health officials fear the number of cases may actually be much higher.

The death toll in Italy passed 230, with officials reporting more than 50 deaths in last 24 hours. The number of confirmed cases jumped by more than 1,200 to 5,883 on Saturday.