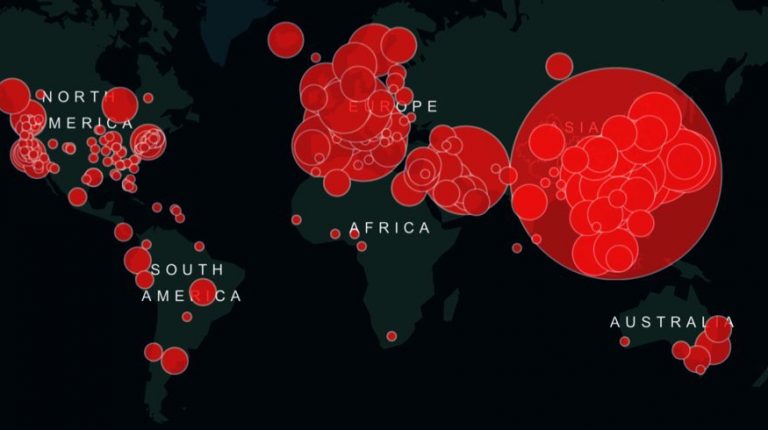 Prime Minister Mostafa Madbouly decided on Monday to suspend all events and large public gatherings until further notice, as part of the state’s preventive measures against Coronavirus (COVID-19).

This shall include events that accept large numbers of people or require movement among governorates. Concerned bodies will take the necessary procedures to ensure implementing the decision.

Meanwhile, Egypt has reported seven new Coronavirus cases, bringing the total COVID-19 infected cases to 55 on Sunday night. Four of these cases are foreigners while the other three are Egyptians. One of the Egyptian nationals was  returning from Saudi Arabia after performing Umrah and the other two were in contact with the Egyptian case coming from Serbia who is already in quarantine.

The ministry of health further explained that the four new foreign cases were in contact with previously reported ones.

Earlier on Sunday, Egypt’s health authorities announced the first death from the novel infection from a German national who arrived in Egypt nine days ago. The ministry said the patient had tested positive for COVID-19 on Saturday after suffering from a fever following a 7-day trip to Luxor.

The ministry contacted German health authorities for further information about the case, as he spent a short period in Egypt.

The statement did not clarify the definition of “large public gatherings” and the exact number of people or even the types of places that should be closed like cinemas, schools, theatres, or concerts.

A new unit for following up with those who are in direct or indirect contact with infected cases was launched by the Ministry of Health.

Amid the international health crisis over the epidemic, Saudi Arabia decided banning travel to and from nine countries, including Egypt, UAE, South Korea, and Italy. Egypt responded with suspending flights as well to the kingdom.

Saudi Arabia is not the first country to ban travel to Egypt, but Qatar and Kuwait have taken the same and even tighter measures against Egyptian nationals or travellers going through Egypt.

The number of confirmed coronavirus infections approached 111,363 people worldwide. Fortunately, 62,392 of those infected have recovered. However, deaths owing to the epidemic has reached 3,892 .

Meanwhile, the number of infections in China is decreasing, despite still having the highest number of cases, reaching 80,735 confirmed cases and 3,120 deaths, other hotspots of the epidemic are also severely suffering.

This includes South Korea which ranks second in number of cases, reaching 7,478, while Italy has turned into a European hotspot for the disease with a total of 7,375 confirmed cases. To control the infection, Rome has taken tight preventative measures, including the closure of  entrances and exits in dozens of towns, keeping about 16 million people in quarantine.

As Italy in Europe, Iran in the Middle East and Central Asia has turned into a hotspot for the infection with a sum of 7,161 confirmed cases, while the number of deaths has increased to 237. Iran’s health authorities are currently under the suspicion that they are unable and incapable in combating the virus.

The virus was first detected in the Chinese city of Wuhan in December. Coronaviruses are a large family of viruses with some causing less-severe diseases, such as the common cold, and others causing more severe disease such as MERS and SARS. The virus was confirmed to transmit easily from person to person.

Symptoms of the virus include fever and cough, and some people should have difficulty breathing. The symptoms appear to set in between two to 14 days after exposure.