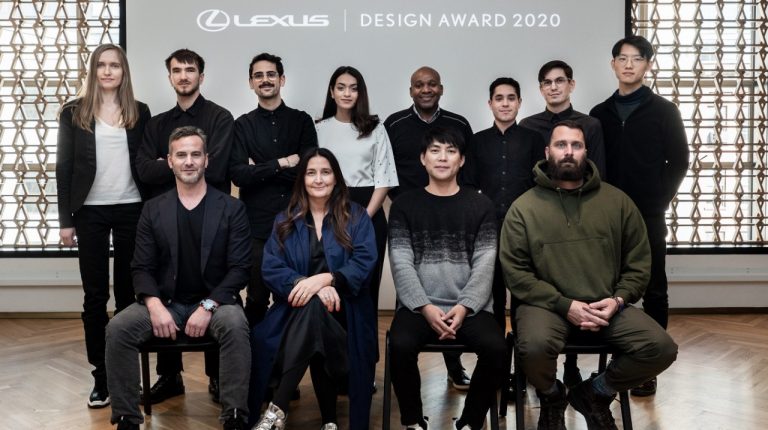 Lexus, luxury vehicle division of the Japanese automaker Toyota, announced the six finalists for Lexus Design Award 2020. The finalists are from the United States, China, Europe, Pakistan, and Kenya, and were selected from a record-setting group of 2,042 submissions from 79 countries. Each of the finalists will receive mentorship from renowned design leaders together with a funding of up to 3m yen (over $27,000) to create prototypes of their projects. The proposals were selected based on their expression of three key principles of the Lexus brand; Anticipate, Innovate, and Captivate, with an emphasis on design that leads to a better tomorrow.

Lexus Design Award 2020 judge, John Maeda, commented, “This year’s Lexus Design Award finalists speak to two main themes: consciousness and environment, which are increasingly relevant for their technological progress impacts on our world. Narrowing the massive list of entries down to the small set of representative works was not a simple task. In the end, I think we found the right set of captivating projects to represent the themes of mind and body that are critical to our future.”

Chief Representative of Middle East & Central Asia Representative Office, Toyota Motor Corporation, Kei Fujita, said, “We are excited to see that the Lexus Design Award, now in its eighth year, is increasingly becoming recognised amongst creatives from around the world. The submissions this year were exceptional in terms of ideas, and we set a new record of over 2,000 entries from 80 countries. Design and craftsmanship have always been a fundamental part of the Lexus brand. The Lexus Design Award builds on this rich heritage through empowering the next generation of creators, allowing them to develop unique ideas and work under the expert guidance of distinguished mentors to showcase their designs to the world.”

The Lexus Design Award, in its 8th round, is an international design competition that targets up-and-coming creators from around the world. The award seeks to foster the growth of ideas that contribute to society by supporting designers and creators whose works can help to shape a better future.

First launched in 2013, the Lexus Design Award provides a unique opportunity for each finalist to work with globally recognised designers as mentors to create prototypes for their designs, and then exhibit them at one of the design calendar’s most important events.

Notes from America: The man with big ideas