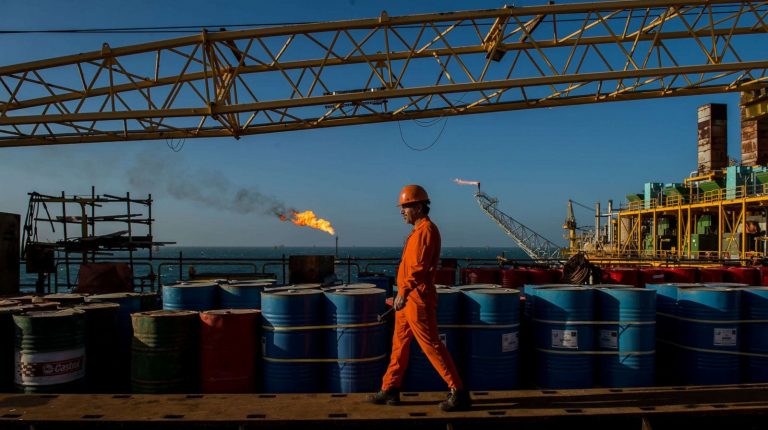 Oil prices declined  22% of their value during Sunday’s trading, becoming the biggest daily loss since the Gulf War in 1991. This comes after Saudi Arabia said it would raise production to more than 10m barrels per day compared to about 9.7m barrels in the past few months, in order to increase the market share. Meanwhile, the Coronavirus outbreak is currently causing the global market to hold excess supply.

Former petroleum minister Osama Kamal told Daily News Egypt that Saudi Arabia will increase the oversupply of crude oil in global markets, causing the price of a barrel to drop from the current $34.9 a barrel.

He said that the trade war currently taking place between the US, Saudi Arabia, Iran, China, and Russia is the reason behind Saudi Arabia’s decision to increase its crude oil production and its failure to adhere to the production cut agreement concluded by the Organisation of Petroleum Exporting Countries (OPEC).

Kamal pointed out that Saudi Arabia will be among the countries most affected by the drop in oil prices globally, due to oil being the largest financial resource of the kingdom, and at the same time, Riyadh is the owner of the lowest production cost per barrel of oil globally.

He explained that oil prices cannot be speculated at present due to current fluctuations, the trade war, and the emergence of the Coronavirus. In April, the actual figures for the market consumption rates and the quantities offered will appear, thus proving relative oil prices.

Countries producing shale oil, such as Iraq, Russia, and America, will be greatly affected and will likely stop their production of shale oil due to high production cost.

He pointed out that Egypt has an agreement to hedge the ups and downs of oil prices, adding that it has not been affected by those fluctuations up until now.

Medhat Youssef, former deputy head of the General Petroleum Corporation, said that if oil prices continue to fall below $40 a barrel, Egypt will reduce the value of the price fluctuations hedging, which would help save large sums of cash in the state’s general budget.

He added that the Coronavirus has contributed strongly to worsening the situation, because the industrial and commercial activities in the global markets have been on a continuous slowdown, which has reduced oil consumption rates. At the same time, Saudi Arabia announced it will  increase its production of crude oil despite the current oversupply in the markets. This is expected to lead to another collapse in the prices of a barrel of oil.

Youssef pointed out that the OPEC agreement to reduce oil production came apart between members of the organisation and its allies. It is expected that other countries would increase oil production in the global markets during the current period.

It is reported that the breakdown of the agreement between OPEC members and its allies, including Russia, came after a cooperation that lasted for more than three years to support the market in stabilising prices at around $60 per barrel.

The International Energy Agency said yesterday that the global demand for oil is heading towards deflation in 2020 for the first time since 2009. It reduced its annual forecast by about 1m barrels per day, indicating a shrinkage of about 90,000 barrels per day.

Major banks have cut back their growth forecasts. Morgan Stanley predicted that demand growth in China would record zero in 2020, and Goldman Sachs predicted a decline of 150,000 barrel per day in global demand.

Goldman Sachs also cut its forecast for Brent crude to $30 in the second and third quarters of 2020.