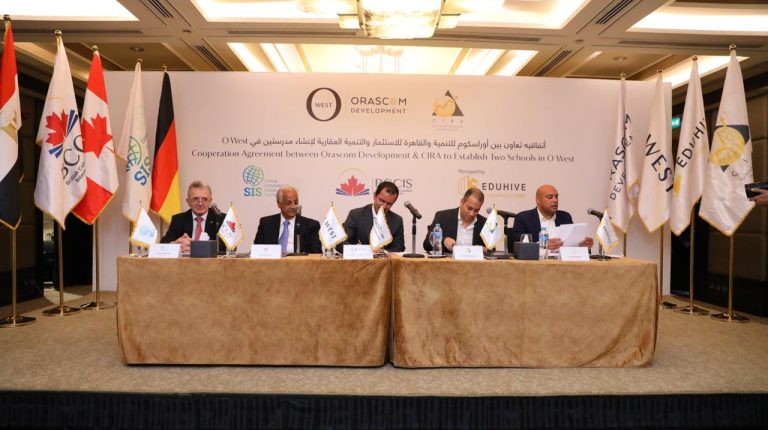 O West will host an education hub that includes diversified international schools to ensure that the needs of the residents are met.

The SIS group, which was established in 2003, is considered one of the leading schools in Germany and owns 18 schools and 18 nurseries in Germany, with total a total of 4,500 students. SIS West will be the first school to be operated outside Germany, where it will offer a German educational curriculum and present the International Baccalaureate (IB) in addition to the German Abitur.

Meanwhile, the British Colombia Canadian International School (BCCIS), which was established back in 2005, will apply the British Colombia educational system, and is ranked as one of the best educational systems worldwide according to the Programme of International Student Assessment (PISA) evaluation under the Economic Cooperation and Development Organisation. It owns 47 schools worldwide in Egypt, France, Japan, Bahrain, China, Colombia, and Thailand. BCCIS West School will encompass science labs, libraries, performing arts rooms, a swimming pool, and various sports activities areas. This school is the second for BCCIS in Cairo.

Eduhive for educational services, a subsidiary of CIRA, will be responsible for supervising the two schools.

CIRA is listed in the EGX 30 Index and operates in the field of education services in Egypt since and has for 28 years, where it owns and operates nearly 22 schools in 9 governorates in Egypt with multiple brands and education curricula, including British, American, French, German, Canadian, and National curricula to serve more than 37,000 students in the basic and higher education sector.

CIRA plans to officially open the two schools in the 2021/2022 school year.

Abdelhamid Abou Youssef, CEO of Orascom Development Egypt stated, “The diversity of International schools at O West is one of our priorities to ensure that residents’ needs are catered to. This cooperation complements a series of cooperation to develop the education hub at O West.”

Mohamed El Kalla, the CEO of CIRA, said that this step comes in line with the company’s efforts to expand its business to serve new areas with education services.

The establishment of SIS West and BCCIS West schools at O West is in line with the company’s strategy to expand international educational partnerships, which add to the diversity of the company’s educational services.

CIRA starts Phase 1 of construction on Badr University in Assiut

Two companies offered on EGX in 2020 as result of promotion activities: Mohamed Farid