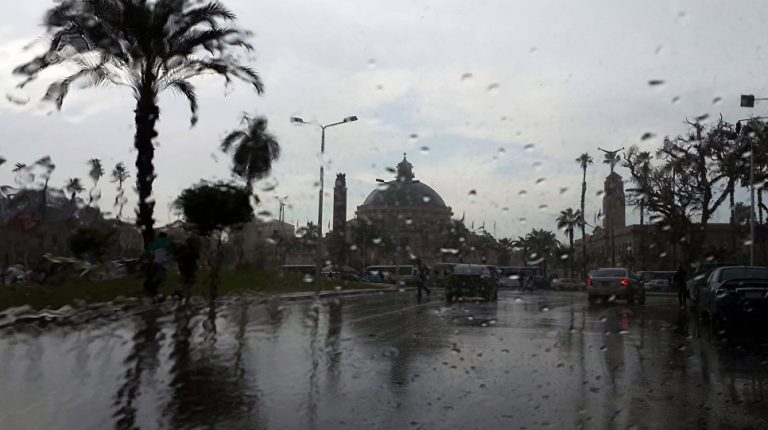 On Thursday there will be a nation-wide day off due to bad weather conditions, following predictions of heavy rain and sandy winds, the government said on Wednesday.

Meanwhile, the Ministry of Water Resources and Irrigation announced the state of emergency to face the expected wave of bad weather conditions across the country for three days starting Thursday.

Mohamed Abdel Aty, the minister of Water Resources and Irrigation, held a meeting with his ministry’s high officials to address plans for dealing with the expected heavy rain and torrents.

A state of emergency and general mobilisation was announced in all departments of the ministry, after a review of lifting stations, torrential streams, dams, and the formation of operating rooms around the clock to deal with the situation.

The Monitoring and Forecasting Centre at the Planning Sector of the Ministry has predicted that the country will be exposed to a severe wave of rain, storms, and winds during the coming days. According to the centre, rain rates may reach 40mm in some governorates.

Moreover, the Egyptian Meteorological Authority forecasted a severe condition of instability from Thursday until Saturday. The ministry has predicted heavy rains on the northern coasts, the Delta, Cairo, and Upper Egypt, with extensions into canal cities. Meanwhile, the Sinai and the Red Sea will experience torrential rains and winds.

How To Rent A House With Bad Credit And No Guarantor