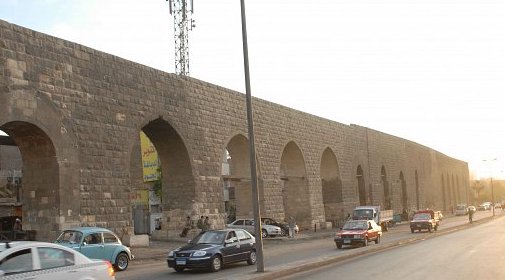 Egypt Gold, founded in 1935 for gold and jewelries, plans to participate in the implementation of two tourist projects that include an open air museum for heritage crafts, including jewelry, and a new goldsmith project on an area of ​​five feddan, within the first stage of developing Magra El-Oyoun Fence.

Khaled Hassan, business development consultant at Egypt Gold, said that his company has submitted a request to the Ministry of Housing and the Ministry of Supply to implement two tourist projects on an area of ​​five feddan under the usufruct system.

He told Daily News Egypt that the open-air museum for heritage crafts and professions, including a museum going over the different stages of the gold and jewelry industry, is part of the company’s social responsibility framework. This is meant to maximise the country’s resources from tourism and jewelry making and develop the country’s various tourist destinations.

He said the second project includes the creation of a gold market called New Goldsmith with international specifications, as a result of the current market’s inability to attract tourists, Arabs, and new capital.

He pointed out that a meeting was held at the Ministry of Supply and Internal Trade to discuss the company’s vision in developing the two projects. It was attended by Ali El-Moselhi, Minister of Supply and Internal Trade, Assem El-Gazzar, Minister of Housing, Utilities and Urban Communities, Moustafa Nassar, Chairman of the Board of Directors of Egypt Gold, and Abdallah Montaser, head of the Assay and Weights Administration.

The company plans to hold work sessions with officials to study the project’s detailed plan and start its implementation.

The project to develop Magra El-Oyoun is located on an area of ​​95 feddan, and includes a museum of mummies and tourist and recreational areas, as well as restaurants and parking lots, a mall, hotels, a walkway, a theatre, a cinema, and children’s entertainment areas.