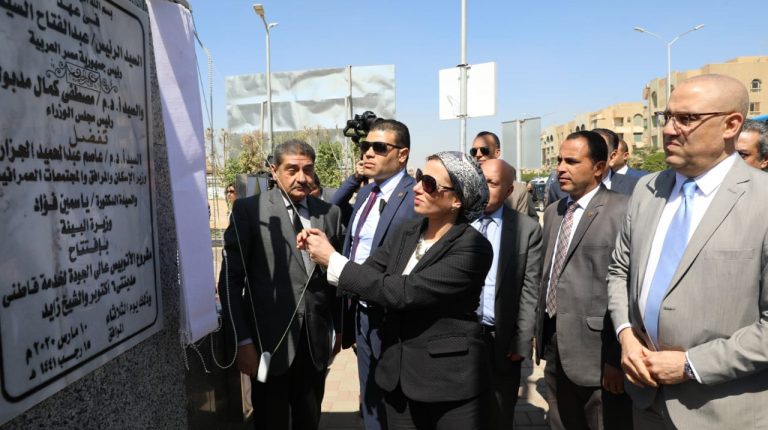 The new bus service (seven lines) are expected to act as an alternative to private commuting services, encouraging a cultural shift to eco-friendly and energy saving travel methods. The new bus lines will start from Cairo University metro station in Giza.

Fouad added that the project aims to change people’s behaviours toward transportation. The new buses were designed and implemented by the Ministry of Environment in cooperation with the United Nations Development Program (UNDP) and the New Urban Communities Authority (NUCA) funded by the Global Environment Facility.

During the launch ceremony, Minister of Housing, Utilities, and Urban Development Assem El-Gazzar stated that carrying out this project is the beginning to solving transportation problems in the new cities. Such projects aim to facilitate movement of citizens between new cities by public transportation.

He added that the NUCA has established a special unit to manage the new cities’ transportation systems and is planning to establish mass transport projects within them. Some of these lines are financially supported by the authority commensurate with all levels of citizens’ income.

Resident Representative of the UNDP in Egypt Randa Aboul-Hosn said the new lines came within the framework of the distinguished partnership between the UNDP and the Egyptian government, presents a new model in the field of public transportation, and aims to reduce greenhouse gas emissions.

She explained that the project was designed in partnership with the private sector to purchase a control system to manage the bus network that will be used for the first time in Egypt.