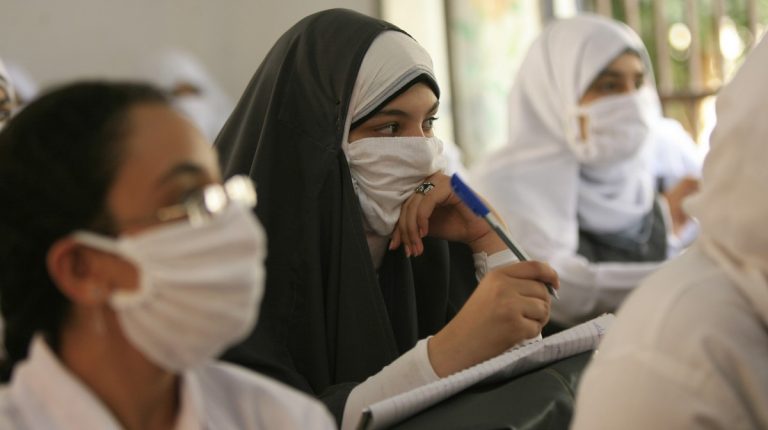 Egypt’s Prime Minister Moustafa Madbouly announced on Saturday that the novel coronavirus (COVID-19) cases in the country increased to be 109 people.

Madbouly said in a press conference that several COVID-19 cases were detected in schools, so the authorities decided to suspend schools and universities for two weeks, starting Sunday.

The premier also ordered the Interior Ministry to deal with any private tuition centres that violate the school suspension across the country.

Moreover, Madbouly urged Egyptian students and elders to limit their public gatherings and to stick to personal hygiene standards in order to combat the spread of the pandemic.

Saturday’s press conference followed a directive by President Al-Sisi to suspend schools and universities across the country for two weeks.

The decree is a part of the state’s precautionary measures against the pandemic that affected more than 100 countries worldwide, the presidency spokesperson said.

Last week, the City International School at Cairo’s Zamalek neighbourhood has been closed after a parent of one of the students was in contact with a foreigner who tested positive for COVID-19. The father was diagnosed likewise and transmitted the disease to his son.

The Education Ministry said that school students, teachers, and headmasters were required to self-isolate for 14 days.

Last week, the government decided to halt all events and large public gatherings as well as the movement of large groups of people between governorates as a preventative measure against the spread of COVID-19.

Moreover, the Ministry of Interior decided to suspend visitation for prison inmates nationwide for 10 days due to the disease fears.

The Ministry of Youth and Sports has also taken preventative measures by cancelling all sports events. It has also halted all events and sports gatherings of intensive density and has coordinated with the Ministry of Health to sterilise training areas.

A hashtag calling for suspending the school and universities in Egypt has surfaced on Twitter, as nearly 61 countries around the world suspended schools whether nationwide or in limited areas.

27 out of 60 COVID-19 cases in Egypt have recovered: Health Ministry