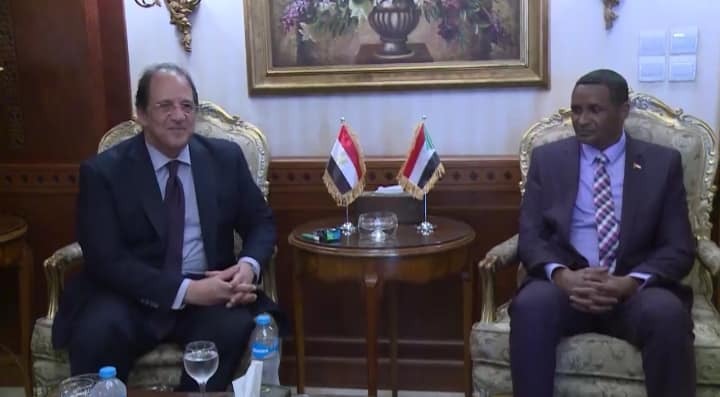 Hamidati’s first official visit to Cairo came upon Egyptian President Abdel Fattah Al-Sisi’s invitation, according to a statement by the sovereign council.

He was received by the head of Egypt’s General Intelligence Service (GIS) Abbas Kamel. The visit will tackle bilateral relations, strengthening cooperation between the two countries across various fields, and issues of mutual concern, the statement added.

The GIS head emphasised the solidarity of Egypt’s government and people with Sudan in confronting terrorism.