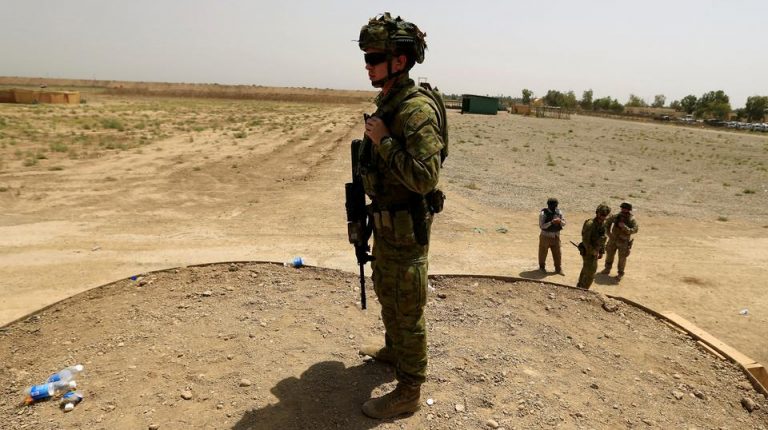 Four Iraqi soldiers were wounded in a rocket barrage on Saturday that targeted a military base housing US forces near Iraqi capital Baghdad, an Iraqi Defense Ministry source said.

More than 15 rockets landed on al-Taji Camp, some 20 km north of Baghdad, where some US troops stationed, wounding four Iraqi soldiers from the air defense forces, the source told Xinhua on condition of anonymity.

He said that two of the wounded soldiers were in serious condition.

Iraqi security forces found the rocket launchers in a nearby area with some 20 unfired rockets, the source said.

The attack came three days after a similar attack by unidentified militia on camp Taji that killed two US soldiers and one British service member and wounded a dozen others.

The first attack prompted the US forces to carry out airstrikes on military bases housing paramilitary Hashd Shaabi forces south of Baghdad on Friday, leaving at least five security members and a civilian killed and eleven security members injured.

The military bases housing US troops across Iraq and the heavily fortified Green Zone in central Baghdad have been frequently targeted by insurgent mortar and rocket attacks.

Over 5,000 US troops have been deployed in Iraq to support Iraqi forces in battles against the Islamic State, mainly for training and advisory purposes.