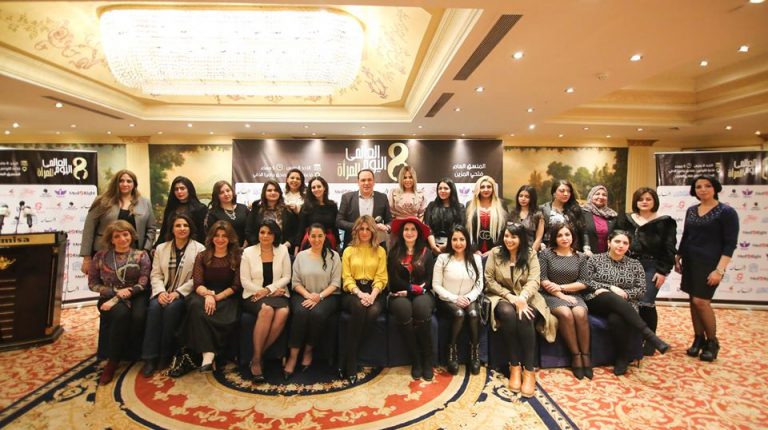 On the occasion of International Women’s Day 2020, which was celebrated globally on 8 March, Halaet Wasl Foundation for promoting cultural awareness held its fifth annual conference, honouring 100 Egyptian female leaders who have made great strides in their fields that varies between health, science, media, society, culture, charity, sports, and more.

Chairperson of Halaet Wasl’s Board of Trustees Fathi Al-Muzayen said the aim of this conference is to accentuate the success of Egyptian women from various fields and backgrounds and to encourage other women to continue forging their own paths.

“Therefore, we are working through the conference to provide a communication programme between Egyptian role models who lead different professions and initiatives, to establish relationships among the women themselves as well as the media, to exchange ideas, and to provide a platform for sharing best experiences to maximise benefits,” he said.

Al-Muzayen stressed that honouring women is a great privilege, and each woman’s success benefits the whole society. He also thanked the political leadership for its continuous support for Egyptian women.

In this article Daily News Egypt will pick out five role models who were honoured at the conference.

One of the biggest influencers in the conference was Amira Essam, 26, who works as a lathe machine instructor at the Arab Academy for Science and Technology.

After graduation, Essam took many training programmes at the Industry Service Complex of the Arab Academy for Science, Technology, and Maritime Transport (AASTMT).

Her high grades in these courses qualified her to receive a scholarship to study at the Technical and Vocational Institute at AASTMT.

After completing the scholarship, she got an offer to join the training staff of the AASTMT, to be the first female trainer in a turning workshop in Egypt. She now teaches students from engineering faculties.

“I tried to develop my skills, also becoming a Computer Numerical Control (CNC) Turning instructor, and I gained experiences in various welding techniques,” she said.

In 2018, Essam participated in the first Egypt skills competition organised by the AASTMT. She competed with nine males working in the turning field and she won second place.

The second woman of influence is Reham Abobakr, she redefined what it means to be a frequent traveller while creating a socially conscience business. She started the first geo/eco-tourism agency in Egypt that doesn’t only teach Egyptians about hidden natural attractions in their own country, but also provides assistance to struggling communities outside of the cities.

The company seeks to infuse tourism with a scientific and knowledge-based edge where geography, geomorphology, geology, history, and astronomy play a role to getting acquainted with the sites visited.

As a lover of travelling, Abobakr travelled in 2014 to the most southeast point of Egypt, in an area called the Hala’ib Triangle. Her journey to the triangle became a turning point for her and the communities she visited. She saw how people were struggling to live in this area, so she decided to establish Egypt’s very first eco-tourism company, Geo Travel. Her company was not only the first to ever bring tourism to the Hala’ib triangle, but Abobakr made it so that 15% of her company’s profits are donated to the Rahalah Organization for Sustainable Development. Rahalah is an NGO that runs charitable campaigns wherever Geo Travel organises trips to, including Saint Catherine, Safaga, Hala’ib Triangle, etc.

Abobakr met a series of challenges during her journey with Geo Travel, most notably is securing permits to travel to restricted areas like the Hala`ib Triangle itself, but was able to overcome all these challenges and organise the trips perfectly.

The third influential honouree is Dalia Assem who founded charitable feminist initiative two and a half years ago that invites women every month to various hospitals and orphanages to donate between EGP 50 – 100 each. The reason for these small donations is not so much to give financial support (even though this amount does guarantee the sustainability of the donations), but it mainly aims for these women to donate their time and support.

At first, the initiative was initially purely feminist, but then opened its door to include men and children as well.

The initiative aims to serve and support the largest possible number of society who are unable to find support, whether material support or support from the media.

Assem’s motto is “a small amount of money maybe trivial to many, but it still can save a life of another person.”

It is common for people to take multiple medications for the treatment of multiple chronic diseases that we have no choice but treat. However, as people require more and more medications, they have to visit a specialised doctor for each one. The problem isn’t so much the work you have to put in order to keep up with everything, but the lack of communication between one’s various doctors in order to make sure that the cocktail of medicine doesn’t end up poisoning the patient.

The idea behind this specific kind of clinic is to reduce mismatch of medical treatments. Instead of having to visit multiple doctors, a patient would just have one doctor, trained in multiple fields in order to diagnose a range of ailments. This way, there is one doctor that can keep track of a patients entire medical history, and be able to do so for an entire family.

Amer who is a consultant of occupational, environmental, behavioural, and family medicine in Kasr Al-Ainy, started out with just one clinic, but over the years has been able to expand to four.

Amer explained that Family Doctor clinic deals with a lot of hospitals to provide them with a medical team that diagnosis the patient within 2 hours in order to start treatment.

“I hope the idea of the family clinic is able to continue expanding. It saves time, cost, and efforts, while of course helping the patient themselves.”

Zeinab Ibrahim: maestro tries to build up a musical generation

Maestro Zeinab Ibrahim has been working as a music teacher for 15 years. From her passion for music, she founded the children’s choir Voice of Egypt, for children aged 7-22. The choir’s first appearance was on 13 August 2018 and now consists of 34 young artists.

Ibrahim is considered the first Egyptian women maestro who specialises in dealing with young singers.

Ibrahim mentioned that she believed children between the ages of 10 and 12 have so much potential and talent, but that there is never any support to help cultivate that. She founded the choir in order to help those children enhance their talents.