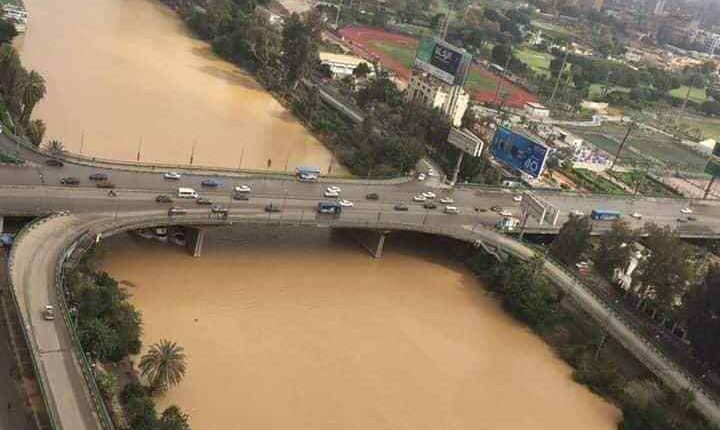 The Ministry of Water Resources and Irrigation justified the notable changes in the Nile River’s water colour and canals to the latest wave of heavy rain. The ministry said that the drainage network for the torrents’ water is working efficiently during the so-called “Dragon Storm”.

In a statement on Saturday evening, the ministry illustrated that this change in the water’s silty colour has no negative impact on the quality of drinking water or the water used for irrigation.

Last week, the country was hit by what media is calling the Dragon Storm which was accompanied by heavy rainfall and sandy winds.

Prime Minister Mostafa Madbouly said that Egypt has received an amount of about 500 m of waters owing to the rainfall, according to the estimations of the Egyptian Meteorological Authority. This amount equals about 1% of the waters Egypt receives from the Nile River.

The Irrigation Ministry explained that the torrents’ water is loaded with soft sand and silt that is shovelled in when rain falls on mountains. The water is then directed to the spillways and ends up on the riverbed or the sea, or even captured in artificial lakes and dams. After the storm, water reserves behind dams and lakes will be used for developmental purposes.

Minister of Irrigation Mohamed Abdel Aty said that aggradation reduces the capacity of dams and lakes to capture water, so the ministry is removing the sediments following the event of each torrent.