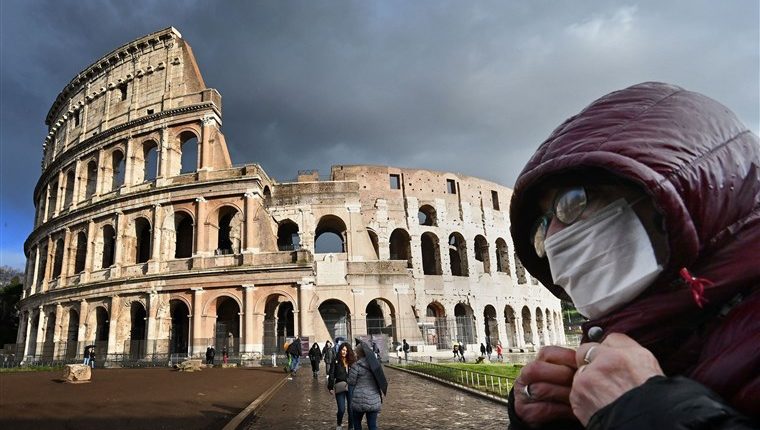 The novel coronavirus, officially known as COVID-19, continues to spread worldwide, raising the number of infected cases to 156,400, of whom 73,968 people have recovered, while 5,833 people died.

The most infected country in the world after China is Italy, which is considered the centre of the infection in Europe. The south European country has recorded 21,157 infections of whom 1,441 people have died while 1,966 others have recovered after receiving the needed medical treatment.

Italy isn’t the only country with widespread infection, but Spain is also suffering from the disease’s spread, which has infected 6,391 people and killed 196 others, whilst 517 others have recovered.

Germany and France are also facing the epidemic which has infected 4,585 cases, killed nine in Germany, while 46 others have recovered. In France, health authorities have reported 4,481 infections with 91 deaths and 12 cases recovering.

Last week, the World Health  Organization (WHO) announced that Europe is now the epicentre of the global pandemic, urging countries to use aggressive measures, community mobilisation, and social distancing to save lives.

The Middle East is also at the core of the outbreak, particularly in the Gulf region where the number of infected people has surpassed a hundred cases in Saudi Arabia, Iraq, and Kuwait individually.

Iran is considered the epicentre of the infection in the Middle East, as the pandemic continues to spread in the country, killing 611 people amid 12,729 cases, according to Iranian official media.

Tehran announced that it lacks the capability to combat the disease, asking the International Monetary Fund to provide them with $5 bn in emergency funding.

On Sunday, 190 new COVID-19 cases were reported in Malaysia. The cumulative total of 428 cases, with 42 cases recovered. A total of 243 cases are linked to the cluster cases from the Sri Petaling Tabligh gathering with 9 cases critically ill in the intensive care unit.

In Africa, the pandemic has spread in 23 countries, including Egypt. However, many countries have recorded dozens of infections such as South Africa and Algeria, while other countries such as Kenya, Ethiopia, Sudan, Rwanda, Guinea, Mauritania, and Eswatini have reported their first cases of the disease.

The epidemic was first detected in the Chinese city of Wuhan in December last year. Coronaviruses are a large family of viruses with some causing less-severe disease, such as the common cold, and others more severe disease such as MERS and SARS. The virus was confirmed that it can transmit easily from person to person.

Symptoms of the virus include fever and cough, and some people should have difficulty breathing. The symptoms appear to set in at some point between two to 14 days after exposure.