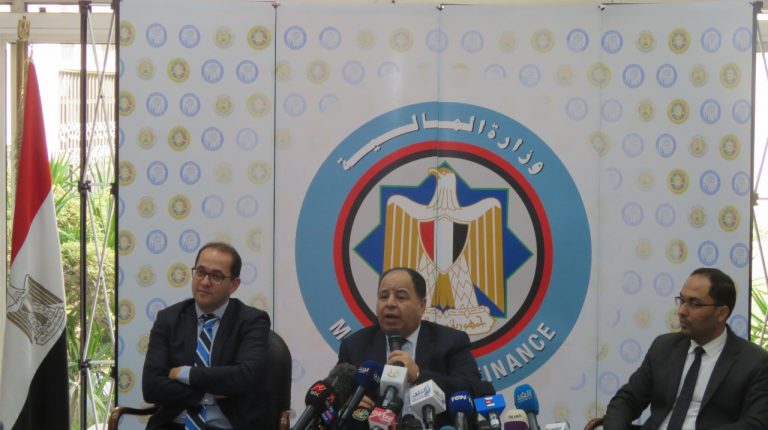 EGP 188m made available immediately to Ministry of Health, out of EGP 100bn approved by President to deal with the Corona virus

Minister of Finance Mohamed Moeit said President Abdel Fattah Al-Sisi instructed the government to increase wages of workers in the public sector in the next fiscal year (FY) 2020/21, within the framework of the state’s keenness that all society segments benefit from the fruits of economic reform.

The minister said, in a press conference on Sunday, that the next general budget will witness a package of measures that contribute to improving the financial conditions of public workers.

Moreover, the income tax exemption limit has been increased from EGP 8,000 to EGP 15,000, in addition to the personal exemption of EGP 7,000, thus the monthly income up to EGP 24,000 (which is EGP 22,000 after deducting insurance) will be exempted from taxes. A new tax bracket of 2.5% instead of 10% will be created, which will reflect positively on public employees’ net incomes.

He stressed that there are presidential assignments to provide the necessary financial allocations to implement the comprehensive state plan in dealing with any possible repercussions of the Coronavirus. A total of EGP 1bn was allocated to deal with the effects of the virus spread, of which EGP 187.6m have been made available immediately to the Ministry of Health from the approved financial allocations, including EGP 153.5m to purchase raw materials and supplies to counter the spread of the new Coronavirus, and EGP 34.1m as incentive bonuses for quarantine workers and isolation hospitals.

The Ministry of Finance will immediately provide any amounts required from the Ministry of Health or any other competent authorities to counter this virus.