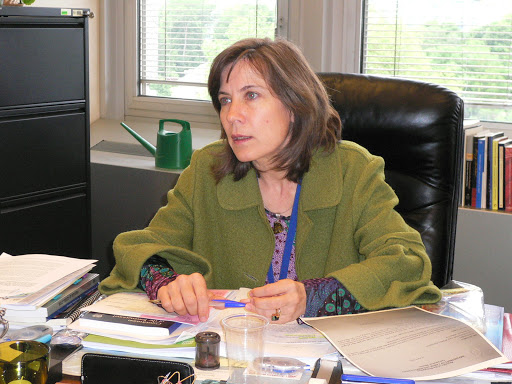 The International Labour Organization (ILO) launched on Sunday its initiative “Better Work” in Egypt to improve working conditions, with the participation of Ministry of International Cooperation.

Better Work – a joint programme of the ILO and the International Finance Corporation, a member of the World Bank Group – is part of a wider programme called “Strengthening labour relations and promoting inclusive social dialogue for development”.

The programme’s specific contribution is to support workers and enterprises in the textile and readymade garments sector to improve labour relations and compliance with national laws and international core labour standards, including compensation, contracts, occupational safety, healthcare, and working hours. These elements should advance working conditions and, at the same time, enhance factories’ productivity and profitability.

How can trade unions support workers?

There was a single trade union in the country what we call it monopoly. It was sort of controlled by the government, and there was no room for establishing another union. Sometimes it is good to be close to the government because you may get more support to workers but it also important to have this possibility for the workers to organise their unions in case that they have another way of thinking or another view. This was not possible before in Egypt because it was illegal, but over the last decade, the government began to make attempts to change the law.

In 2011, unions could be formed without a legal framework, so it was yet sufficient.

But now the law has been changed, there was no monopoly anymore and the new framework allowed any group of workers to form a legal unit to act as a representative for them in all matters. It is a big shift from a long history. For these associations to exercise their activities here, they need to be recognised and that is what we are addressing in this project, and there are already numbers of requests to be registered under the new law.

The law now needs to get into the practical process. This would require different steps and approvals, so we want to help streamline this process so it should take only 30 days for any union to be registered. We want to assist the government to carry out this process in a proper way, but also unions to know what exactly needs to be provided.

The idea of having a trade union and a collective presentation is to have greater force when you dialogue with your employer. Women who are not unionised and in one-to-one relationship, they will be in a vulnerable situation because they do not have that collective force that ensure if the employer does not speak to us maybe we are going to strike. If they were represented by voices that really do not represent them then there is another problem because they are disconnected, as if someone speak for them but he is not actually identifying their needs. It is really needed to represent the people who are doing the work, and what is important is that the workers themselves can choose who can represent them.

Do you have any programmes to support working women?

Yes, there are huge programmes to support them. We have women empowerment seminars getting the women to break through the glass ceiling, and bridge the gender gap. There are many projects on the ground in this regard.

What are the opportunities you see in Egypt as a developing market?

It becomes clear that when you are in exporting country, consumers have some expectations. If they feel there might be some sort of violation of fundamental principles and work rights, they might refrain from buying your products so there is a need to show you are credible. That said, it is important for Egypt as exporting country to show that it plays on the same rules as everyone else. It is a buyer-supplier relationship. For trade agreements, there are many deals that require labour standards.

How long would be the Better Work programme in Egypt? Who is the main beneficiary from it?

The programme will last for four years. Ultimately, we hope that it would benefit all the workers in the Egyptian labour force, estimated at 32 million workers, but we will not seek after each one of them, but we would offer training.

Do you think international brands should look at Egypt as a potential market?

My colleagues really feel there is potential over there to accept the rules of the game, where employees can be really engaged, and that is the first step to let the buyer actually think that this country that has a serious engagement with its workers.

How could ILO improve Egyptian workers’ conditions in the recent years?

Well, I think the first impact is the change of the law. The new law institutionalised trade unions and ended government involvement. That was a big step in Egypt.