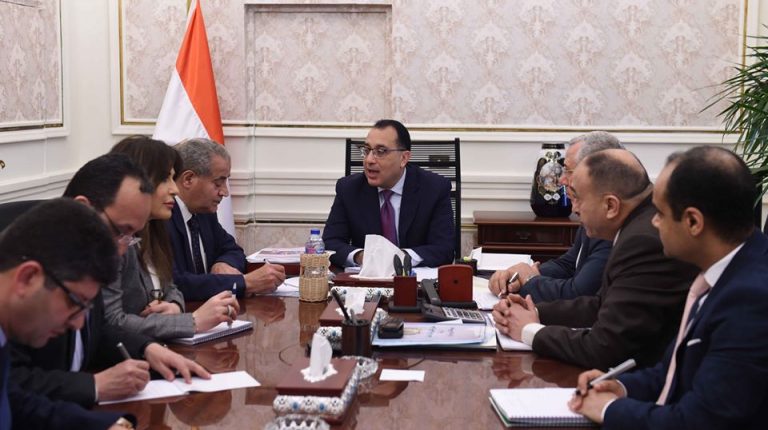 Egypt’s Prime Minister Mostafa Madbouly said the government will use “an iron fist” when dealing with merchants who intentionally hide goods or gouge prices.

During Monday’s meeting with Minister of Supply and Internal Trade Ali Moselhi, Madbouly asserted the necessity of working to provide goods to citizens, in cooperation with the General Union of the Chambers of Commerce.

Referring to merchants, he added that the government “deals with them with utmost severity. We will not allow anyone to create a crisis, and will not mercy the merchants and those profiting from the crisis.”

Meanwhile, Moselhi confirmed that grain reserves would last 3.6 months, until 30 June, while sugar would last 7.3 months.

Following the cabinet meeting, Moselhi met with his ministry officials in order to study possible measures to combat any price gouging, stressing the need of carrying out an immediate action plan to control the market. He added that any violation committed by merchants will lead to the confiscation of their products and the withdrawal of their licences, in addition to referring the merchant to the Supreme State Emergency Security Prosecution.

Moselhi called on all merchants, manufacturers, and distributors to abide by the laws regulating internal trade markets, and that the current situation in the country requires everyone to abide by the law and the proper procedures for buying and selling.

Moselhi emphasised that all regulatory agencies will take immediate action starting from Monday for field inspection in markets, stores, and commercial chains to control performance and verify the market’s sales and purchase operations, whether they are direct operations with citizens or online sales and social media sites.

Moselhi also directed all supervisory agencies to start full and plan for holding immediate inspection visits in markets and moving in the form of regular and disciplined law enforcement working groups.

Moreover, Minister of Local Development Mahmoud Shaarawy directed Egypt’s governors to initiate intensive campaigns on the markets in order to prevent price gauging, asserting the necessity of resolutely addressing any attempts to manipulate prices or taking advantage of the situation.

Corresponding to the directives of Madbouly to carry out preventive and precautionary measures in order to confront the outbreak of Coronavirus (COVID-19), Shaarawy confirmed that the Ministry will continue its efforts in coordination with the governorates to insure the availability of basic food commodities.

Shaarawy said they will tighten control on all markets over the basic food commodities’ outlets to combat monopolistic practices and control prices.

He also ordered governors to coordinate with the Consumer Protection Agency to launch campaigns against monopolisation, explaining the need to monitor places where goods are stored, to prevent storing goods specifically during this critical time as the rates of consumption have increased due to health and preventive requirements regarding the Coronavirus.

Shaarawy  called upon citizens to take all precautionary and preventive measures announced by the government, especially the warnings over the risks of “shisha” circulation in cafes and restaurants.

He stated that the governorates will also close gyms and sports centres, carrying out the directives of the prime minister that prevents public gatherings to limit the spread of the virus.

Shaarawy said that the Ministry’s Operations Room and Crisis Management is following up the governorates’ efforts to implement the decision of the Minister of Social Solidarity to close nurseries for two weeks, as well as campaigns to close educational centres.