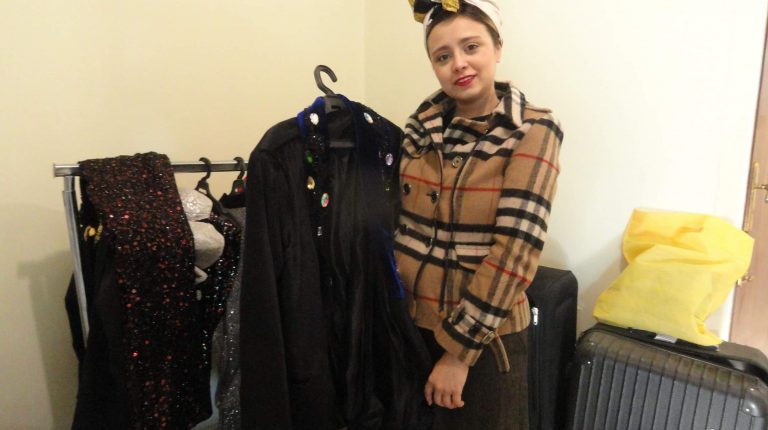 An exceptional designer who has proven herself throughout the world of fashion, Yasmine Khattab has been bringing stylish fashion to Muslim women all over the world through her elegant and chic hijabs. Within a short time after leaving her job in media and communication to pursue fashion, Khattab became known as the Queen of Hijab.

She’s able to put a modern touch to old female fashion that dates back to the 1930s with a different style that distinguish her. Khattab is the youngest designer in the fashion world at only 30 years old.

First of all, tell us about your studies?

I am a graduate of media studies and was second in my class. I worked in the media field for a short time and then left to work in the fashion industry. 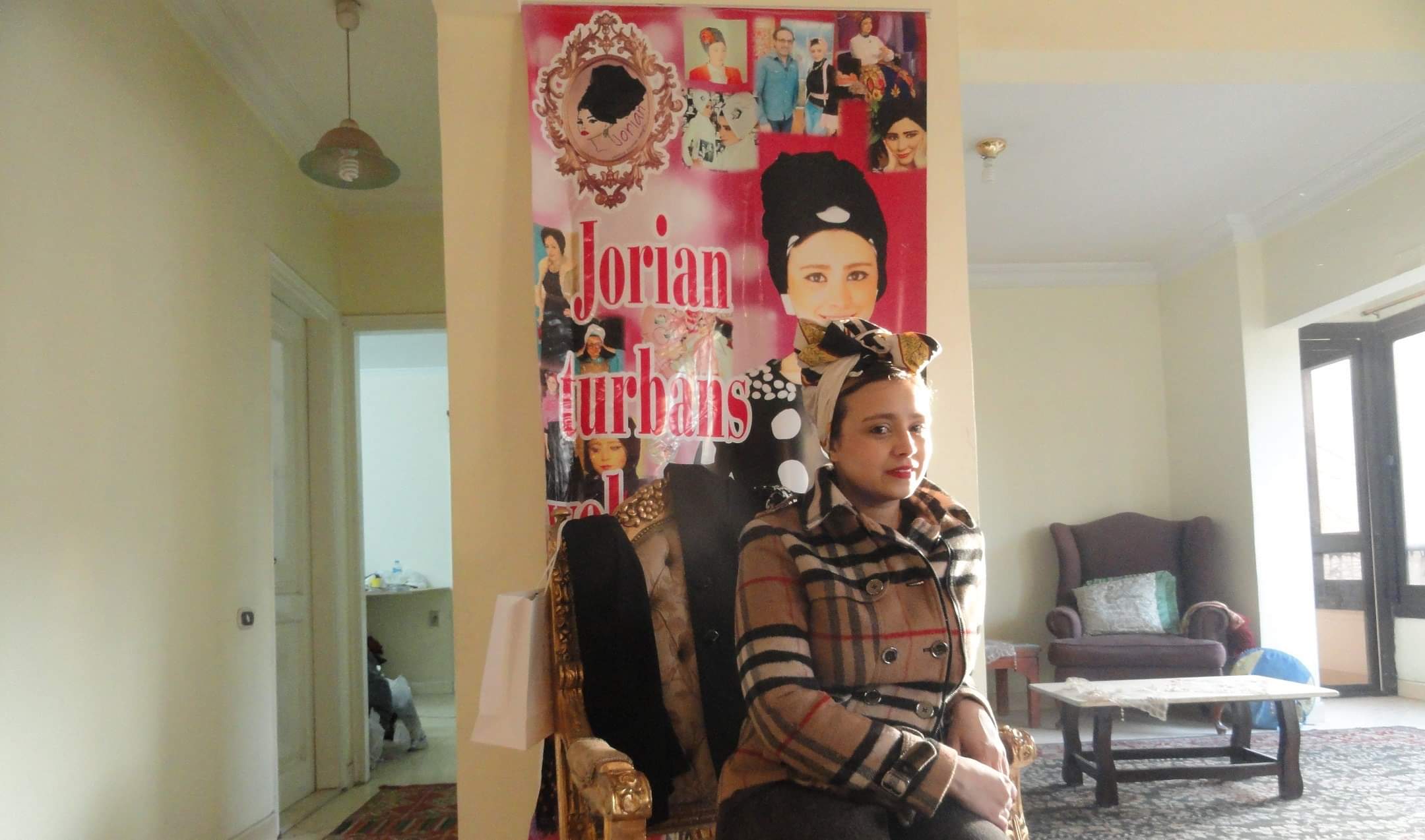 How did this decision come about?

I adore the field of designs and fashion. I used to design my clothes at the secondary stage, where I would draw the design and send it to the tailor. It caught the attention of all those around me, including family and friends and gained admiration, especially since my designs were different from the mainstream.

When did you start working in the field of fashion design?

I started about four years ago, so this is my fifth year in fashion design. I am very happy with the success I’ve achieved in such a short time.

How was it at the beginning?

I started with designing hijabs. My designs were different and new for Egypt. It was my goal to create a new line for veiled women in Egypt in a global, special and distinctive way. When the hijab design was introduced in Egypt, they were alien to society, and caused great confusion even though they were very widespread in the world, especially in countries like Turkey, UAE, and Kuwait.

But I developed the designs to be different, borrowing from older fashion styles. Well known fashion houses, like Dolce & Gabbana, Dior, and Chanel, also take their inspiration from the 1940s and 50s style.

Who was there supporting you while you were entering the fashion world?

My mother was my biggest supporter from the start. She helped me design various new and unknown outfits. My college friends also saw that my clothes were different. At the university, I wore tailored dresses, which I designed and sent to a tailor to make them. They were mostly old dresses in a modern style.

Your hijabs sparked a wave of irony on social media sites. What was your reaction?

I followed all the comments and comics on social media, and noticed that all my pictures with hijabs were taken and comics were made from them. These comics spread wildly to reach Arabs outside Egypt.

At first, it made me sad, due to the lack of experience and lack of know-how, but with time I discovered that these comments and irony were the reason for the popularity and great success of the designs and gained me fame. And what about the criticisms?

The strange thing is that all those who criticised me are those who wear my designs. I was able to spread the idea in Egypt and people tend to wear it.

Tell us about the beginning of hijabs in Egypt?

The modern hijabs have been in Egypt for a long time, since the 1920s and 1930s. Women used to wrap them on exposed dresses. After cultural developments; hijabs were worn to cover the hair. But it’s not a veil but rather a symbol of modesty and elegance. People started modern takes when wearing it at night and during the day. It came in various shapes and varieties, but it was originally old.

Were you inspired by the old Egyptian dramas?

Of course, I watched Lialy El Hilmya and Hawanem Garden City TV series and was inspired by the Nazik Hanim El-Salhadar, but I was designing differently, so I was using other fabrics.

The media called you Queen of Hijab. What does it mean to you?

I am very happy with this title, and it made me realise that the journey I started is a success.

What distinguishes Yasmine Khattab from other designers?

What distinguishes me in design, whether my hijabs or clothes, is my focus on details, which can be very tiring. I give everything its time, including quality and design. The details are very stressful when choosing fabrics. There are big names we have in Egypt that I learn from like the international designer Hani Al-Beheiri.

My school is very well known and famous, which is Dolce & Gabbana. I also follow a new school in the fashion world called Erdem, because they focus on the details, where each design is a painting.

What are your next projects?

My dream is to go to Dolce & Gabbana and take a training course in their fashion design, and to come out with my designs for the world as the first Egyptian veiled designer in various fashions abroad, and I have already started to take steps to establish a branch in Dubai. I also deal with different countries, like UAE, the United Kingdom, Saudi Arabia, Algeria, Bahrain, and Lebanon.

Many find it difficult to understand Dolce & Gabbana.  What do you think about that?

I agree. This school is known for integrating things together, like how to waive a diamond on clothes or using different colours that surprisingly match.

How much time do you spend designing a collection?

I take a long time to complete a design collection, up to several months. I have to learn and follow this year’s new designs from D&G and the new fashion trends to pick up what could fit with Arab women.

After designing hijabs, you started designing other stuff. Tell us about your experience.

At first, I was experimenting and then developed my lines, fabrics, and integrated handmade designs with new and modern fabrics.

I introduced casual and night dresses. With the release of my first dress, I found lines of women asking for my designs. Right now, I am focused on designing night dresses but don’t like being limited to it.

Are there some fabrics that do not match certain women?

Yes,of course. Not all fabrics match all body types. Some fabrics do not match oversized women. Some styles and designs could, however, match women in general.

Tell us about the most difficult design.

This would be the African line of design. I started following the different African styles and collected fabrics. The challenge here is the handmade designs, which could be difficult to follow. The fabrics are also difficult in using. I managed to introduce African designs last year and will introduce more in the upcoming summer.

Have you chosen to be a designer for a certain social class?

It depends on the budget. I work with all classes and celebrities, like Reem El Barody and Soheir El Bably but also work with normal girls.

Tell us about the new trend this summer.

Noon to add home appliances on its electronic platform