The Copenhagen Documentary Film Festival (CPH:DOX) has decided to roll out its 2020 edition in a digital version for the first time, moving the planned +700 screenings of 220 films into digital form.

The festival said it has partnered with Festival Scope to make an online programme available for a local audience, highlighting a selection of this year’s best Danish and international titles such as DOX:AWARD competition titles Songs of Repression directed by Estephan Wagner and Marianne Hougen-Moraga and produced by Signe Byrge Sørensen, and Long Live Love by Sine Skibsholt.

In parallel, the festival said it is working towards having the six competition programmes judged online by the appointed juries as well as reviewed and covered by Danish and international film critics.

Also, CPH:DOX’s industry activities, comprising the renowned co-production event CPH:FORUM as well as the five-day CPH:CONFERENCE and the training activity CPH:LAB will be carried out digitally to a great extent, the festival said. 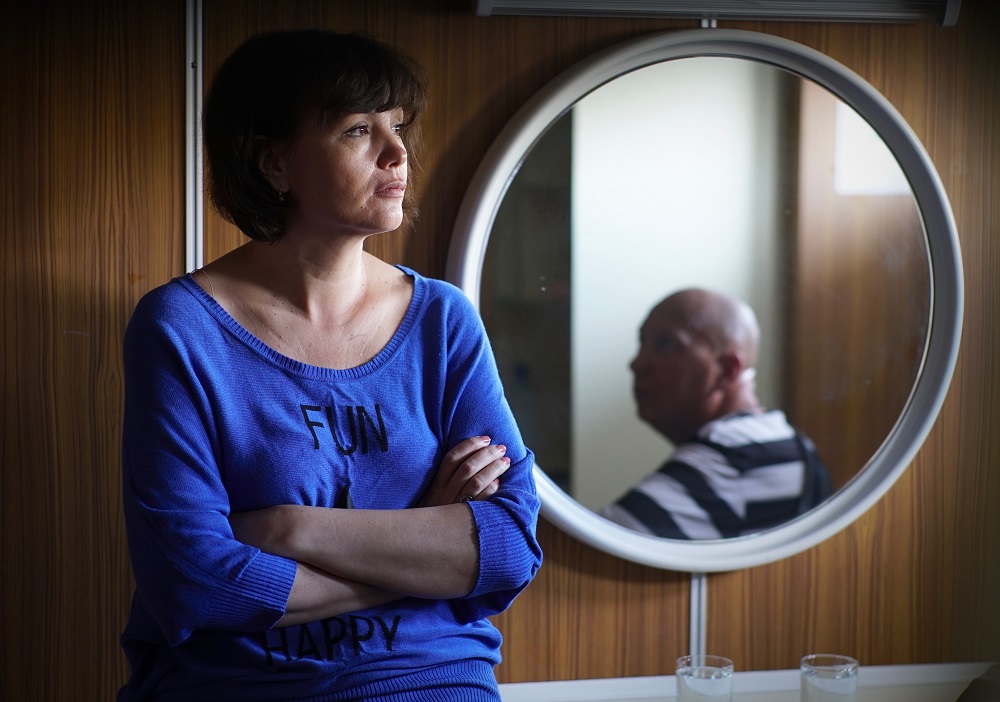 The main theme at CPH:DOX 2020 is dedicated to contemporary activism and to the social, political, and cultural movements that shape – and change – the times the world lives in. The Copenhagen-based leading documentary film festival previously full line-up of competition titles with a record high number of world premieres and a 50/50 gender representation that transcends the competition programmes. Of the 65 films in the five competitions, a total of 43 films will be celebrating their world premiere, accompanied by 16 international premieres and 6 European premieres.

Following up on the festival’s 50/50 by 2020 gender commitment, no less than 52% of the 65 titles in the competition programme are directed by one or more female directors. Previous to the cancellation, the gender equality representation does not stop here as of the 409 experts and panel debate participants CPH:DOX has invited for its 160+ panel discussions and film events, 207 are women.

The main competition programme of CPH:DOX 2020 features high-profile and award-winning filmmakers and artists. World premiering in the main competition, Bitter Love, the latest film by acclaimed Polish filmmaker Jerzy Sladkowski, who won the main award at IDFA for Don Juan in 2015, is accompanied by films directed by some of the most celebrated filmmakers in the world of art cinema, including Berlinale and Locarno regulars J.P. Sniadecki & Lisa Malloy.

This year’s competition programme also celebrates emerging artists and filmmakers with a singular artistic vision that will not only make up but also shape the future of film. Among the highlights are New York-based photographer and filmmaker Khalik Allah who will visit the festival with his new film IWOW: I Walk on Water, a contemporary reinterpretation of the classic street photography portraying the nocturnal streets of the New York neighbourhood Harlem. Khalik’s film is nominated for the festival’s main prize in the DOX:AWARD section.

Another major new talent and also represented in the main competition is Brazilian born filmmaker Moara Passoni who co-wrote the Oscar-nominated The Edge of Democracy (2019). She is back at this year’s festival with the world premiere of her debut film Ecstasy, an autobiographical hybrid following her alter ego Clara as she battles anorexia. Produced by Petra Costa, the film navigates intimacy and politics as we are immersed in Clara’s mind, intimately experiencing her agony. 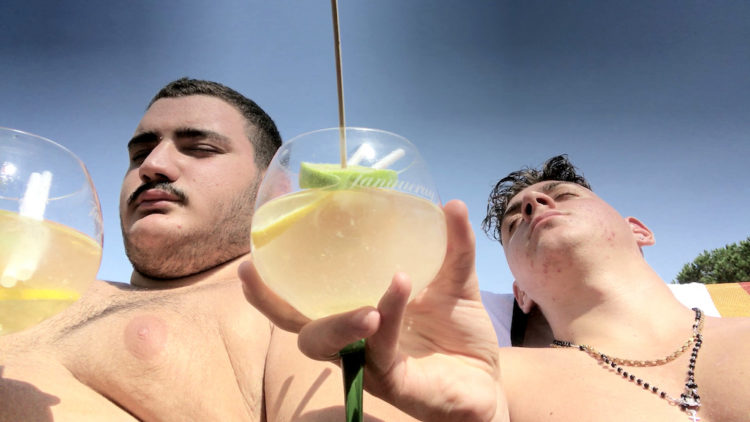 In the Next:Wave Competition, rising stars naturally abound. One of the most promising young artists in the UK, Huw Wahl, will present the world premiere of his film The Republics, acclaimed Danish photo artist Nikolaj Møller presents his first, Nordisk Film backed, feature film The Soldier about a self-medicating Afghanistan veteran alone in the South American jungle, and Korean artist and filmmaker Areum Parkkang will visit the festival with her latest and only second film; the raw and honest Areum Married where she points the camera at herself as she resettles in France. Her film portrays the struggles of motherhood and her difficulties with the patriarchy and marriage system of her home country.

Micropolitical and activist movements, from grassroots in Hong Kong to global movements against global warming, are on the rise, and this year CPH:DOX dedicates an entire section to the movements that are shaping and changing the times the world lives in, presented through films, talks, and events that all explore the potential for radical change.

In the section, there are films illustrating one single person’s ability to stir up global movements, such as I am Not Alone, about the larger-than-life story of Armenian politician Nikol Pashinyan, who managed to knock down a corrupt government through the help of persistent demonstrations and crowds of people. Another film, Now, portrays Greta Thunberg and the young activists standing by her side, fighting for climate justice all over the world.

Indignation goes a long way within political movements, and in the programme, this anger comes from both sides of a political spectrum. As with the Yellow Vest movement portrayed in the film Blow it the Bits or the alt-right movement trolling their way through the dark side of the web in Feels Good Man. But the energy of indignation can also be physically expressive, as in artist Phil Collins’ film Bring Down The Walls that looks at the US prison industrial complex through the lens of house music and nightlife.

The festival’s theme “Movements” runs through the entire 2020 programme and features titles such as ‘Saudi Runaway about a young, fearless woman from Saudi Arabia following thousands of other women before her in her fleeing the country’s repressive patriarchy, but documenting everything on her iPhone. Or in this year’s opening film The Fight for Greenland about the rising independence movement among young greenlanders and rising political voices.

Emmy-winning filmmaker Jeff Orlowski presents the international premiere of ‘Social Dilemma’ which has former COO’s of Google and Facebook as well as writer Shoshanna Zuboff telling you that now is the time to get off-grid and demand your privacy back the tech giants. While ‘Welcome to Chechnya’ documents the real-time actions of a vast, secret network fighting against the government-backed crusade against gay and LGBTQ+ people.

In less than five years, the festival’s CPH:SCIENCE programme has turned into one of the most prominent premiere platforms for science films. The 2020 programme will present 15 feature films of which an impressive number of 11 are either world or international premieres, making CPH:DOX the major documentary festival for science film.

The programme opens with the international premiere of ‘The Edge of All We Know’, exploring how that now world famous first picture of a black hole became reality. We also follow the overall theme of movements with a focus on Citizen Science – projects carried by a common interest and dedication from a large number of people wanting stronger and broader validated science results. CPH:SCIENCE also presents the international premieres of We are as Gods focusing on the living de-extinction legends Stewart Brand and George Church and Red Heaven about the Mars mission-project that put six people in isolation for a year in a dome in Hawaii.

Strong personal expressions and cinematic quality are celebrated in the main competition, DOX:AWARD, where 14 films are selected from all over the world. Among this year’s selection are films from Oscar nominee Hubert Sauper who will visit the festival with the European premiere of his Sundance Top Prize-winner Epicentro; award-winning filmmaker and cinematographer Kirsten Johnson’s film Dick Johnson is Dead’ portraying her desperate attempt to keep her aging father alive through the magic of cinema; Czech documentarists Vít Klusák & Barbora Chulipová’s psychological experiment Caught in the Net, investigating the disturbing world of online predators; Danish filmmaker Kenneth Sorento whose The Fight for Greenland is set to open the festival at a gala event on 18 March; Long Live Love, a coming-of-age story by Danish filmmaker Sine Skibsholt and David Teboul’s three-hour meditation on the nature of love, Mon Amour.

In the NEW:VISION competition, the festival presents 14 artists’ films, shorts, and features. This year’s selection includes films such as the world premiere of Ocean of Love from artists Ingo Niermann and Alexa Karolniski, a hybrid documentary that imagines a world where people give and receive love free of any discrimination. Italian artist duo Masbedo will visit the festival with their newest film Welcome Palermo investigating the Sicilian society and the history of the Palermo area. Renowned artist Yael Bartana is also present with The Undertaker, while artist Sophia Al-Maria participates with Beast Type Song, a revision of identities and histories, past, and future.

The F:ACT AWARD is dedicated to films in the field between documentary filmmaking, investigative journalism and activism. This year the selection includes highlights such as Jozi Gold from award-winning filmmaker Frederik Gerrten and Sylvia Vollenhofer; Wood from filmmaking trio Ebba Sinzinger, Monica Lazurean-Gorgan, and Michaela Krist, investigating the illegal production of wood and the people who make money off of it; and Emmy Award-winning filmmaker and environmentalist Jeff Orlowski’s film The Social Dilemma on the outspoken activism demanding privacy over personal data. The selection also includes Mohamed Nagvi’s latest documentary feature The Accused exploring Pakistan’s controversial blasphemy laws; Ayouni by BAFTA-nominee filmmaker Yasmin Fedda which documents the fates of two high-profile figures in Syria’s pro-democracy movement; Only the Devil Lives Without Hope by Swedish filmmaker Magnus Gerrten telling the story of Dilya, a human rights activists who challenges the regime who took her brother, and Chinese visual artist Ai Weiwei who will return to the festival with his latest film Vivos. 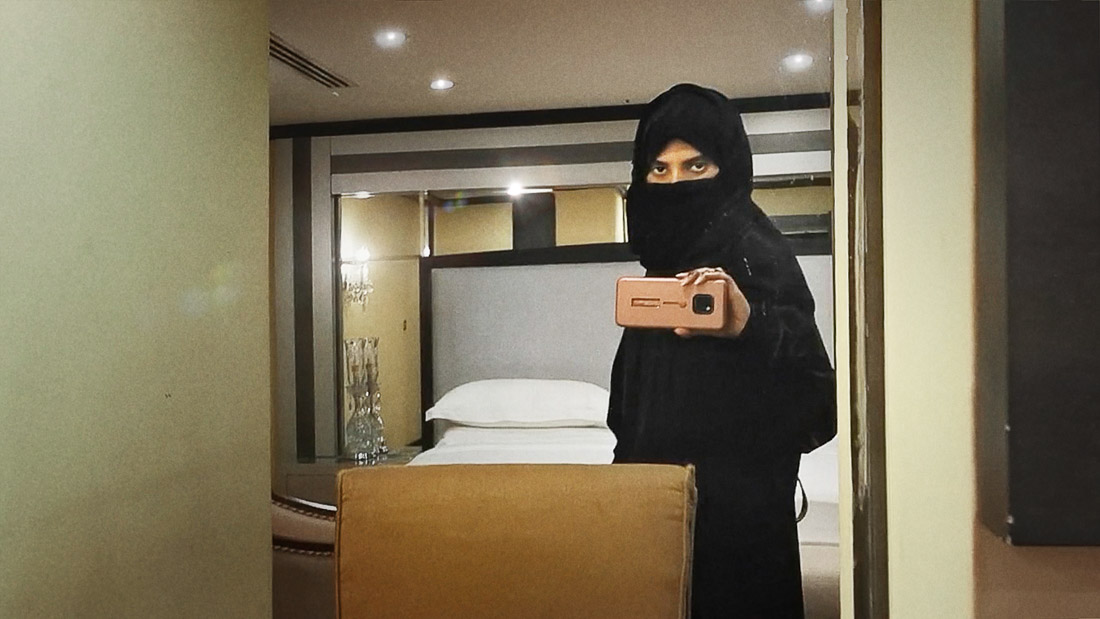 The 12 films in the NORDIC:DOX competition are a careful selection of documentaries from the Nordic countries, reflecting the diversity in films with a clear vision and a personal touch. This year’s selection presents new works such as Journey to Utopia by Erlend Eirik Mo, depicting a Danish-Norwegian couple as they move to a self-sufficient, organic village cooperative in Denmark. Danish filmmaker Mira Jargil will visit the festival with a world premiere of her film Reunited following a family divided by the Syrian war. Maddy the Model by Swedish filmmaker Jane Magnusson portrays the world’s first professional supermodel with Down’s syndrome. Other films in the sections include the hybrid documentary We Are Here Now by Norwegian Mariken Halle. It follows a group of babies and parents during a year in their Scandinavian maternity leave. Television Without Frontiers by Swedish artist Andjeas Ejiksson interprets the failed attempt to establish a trans-national public service format in the EU, while the film Inside the Diamond by Viktor Johansson explores the story of an abandoned diamond factory in rural Sweden.

Emerging filmmakers from around the world are competing for the NEXT:WAVE Award for both shorts and features. The selection highlights new talents and new approaches to cinema and includes Areum Married by South Korean filmmaker Areum Parkkang; Sisters With Transistors by French-American filmmaker and artist Lisa Rovner; and Mullah’s Daughter by filmmakers Hassan Solhjoo and Mahdieh Sadat MirHabibi, telling the story of a young woman’s plans to break with her conservative family in Iran.