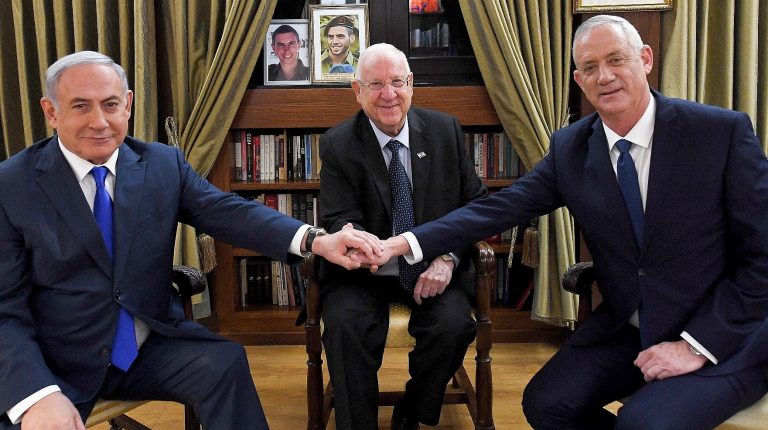 A joint statement issued by Netanyahu’s right-wing Likud party and Gantz’s centrist Blue and White party said negotiation teams from both parties would meet “as soon as possible.”

They also thanked President Reuven Rivlin, who summoned them on Sunday evening for “an urgent conversation” in an attempt to solve the year-long political stalemate.

Earlier on Sunday, Rivlin consulted with leaders of all parties elected in the parliamentary elections on 2 March. His office said that on Sunday he will formally task Gantz with trying to form a coalition government after Gantz was endorsed by parties representing 61 lawmakers, while Netanyahu by 58.

Gantz will have a month to try to form a coalition government. If Gantz fails, Rivlin could designate Netanyahu with the task.

The election results on 2 March led to another de facto political deadlock, just like the two previous inconclusive rounds of votes in 2019.