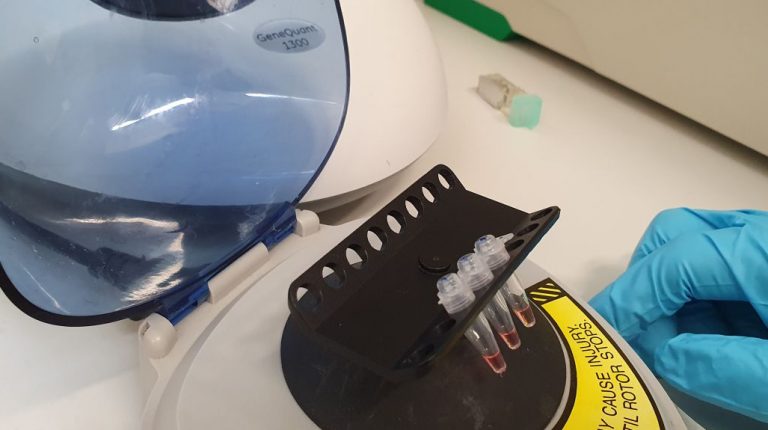 Medical teams and researchers worldwide are in race against time to create a vaccine for the novel Coronavirus, known as COVID-19. Fortunately, a glimpse of hope to thousands of people who were infected has emerged recently. French pharmaceutical firm Sanofi announced on Tuesday that Plaquenil, the anti-malarial drug it produces, has demonstrated promising results in treating patients with the emerging coronavirus.

The company expressed readiness to provide millions of doses to the French government, which is sufficient to treat 300,000 potential patients. Plaquenil is a drug composed of “hydroxychloroquine” molecules and has been used for decades in the treatment of malaria and autoimmune diseases such as lupus and arthritis.

On Monday, Professor Didier Raoult, director of the Mediterranean Institute of Infection, said that he had conducted a clinical trial that showed that the new drug could contribute to the elimination of the Coronavirus.

According to Raoult’s clinical trial which was conducted on 24 patients suffering from the disease, the virus disappeared from the bodies of three quarters of the patients six days after they started taking the drug.

Another vaccine which caught the world’s eyes; is a drug used in Japan to treat new strains of influenza and appeared to be effective in treating coronavirus patients, according to Japanese media on Wednesday.

Chinese officials said they are adopting the “favipiravir” an antiviral drug being developed by Toyama Chemical (Fujifilm group) of Japan. The drug had produced encouraging outcomes in clinical trials on 340 patients in the Chinese provinces Wuhan and Shenzhen, according to Zhang Xinmin, an official at China’s science and technology ministry.

“It has a high degree of safety and is clearly effective in treatment,” Zhang told reporters on Tuesday.

The drug which is also known as Avigan has caused improvements in lung condition in about 91% of the patients who were treated with it, compared to 62% or those without the drug, depending on the results of the X-rays conducted on the patients.

However, the Japanese media quoted a Japanese health official who noted that the drug was not as effective in people with more severe symptoms.

On Monday a vaccine was released by Scientists in the Seattle research institute in Washington, starting dosing four adults of a total of 45 eventual participants in a long process to prove the new drug’s safety and efficacy.

The vaccine was developed through a partnership between the US National Institute of Allergy and Infectious Diseases (NIAID) and Moderna, a biotechnology company based in Cambridge, Massachusetts.

With global confirmed cases of the new pandemic surging past 204,251 at the time of writing, time is of the essence, so testing is also a significant part of the solution to contain the spread of the virus.

Therefore, Scientists from the University of Oxford’s Engineering Science Department and the Oxford Suzhou Centre for Advanced Research (OSCAR) in the United Kingdom announced on Wednesday that they have developed a rapid testing technology for the COVID-19.

According to a statement from the university, the new test is much faster and does not need a complicated instrument, as it provides results in just half an hour, and helps to reduce the spread of the coronavirus.

“The beauty of this new test lies in the design of the viral detection that can specifically recognise SARS-CoV-2 (COVID-19), RNA, and RNA fragments. The test has built-in checks to prevent false positives or negatives and the results have been highly accurate,” said Wei Huang, co-leader of the research team who developed the new technology.

The technology only requires a simple heat-block which maintains a constant temperature for RNA reverse transcription and DNA amplification, and the results can be read by the naked eye, according to the statement.

Moreover, on Saturday, researchers at the Johns Hopkins University in the US have developed an in-house coronavirus screening test. The new technology is effective particularly in testing people with whom those patients came in contact, and may allow the health system to test as many as 1,000 people per day.

Unlike the British technology, the US test returns results in about 24 hours, but the team led by Heba Mostafa, assistant professor of pathology and director of the molecular virology laboratory at The Johns Hopkins Hospital, hope to shorten that time to as little as three hours.

Avigan yet to arrive, we can judge before trying it: Health Official