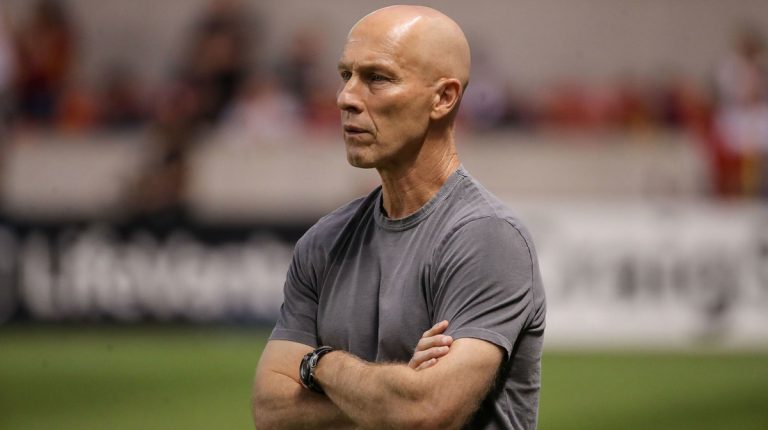 American football coach Robert Frank Bradley, 62, better known as Bob Bradley, is a name that will remain stuck in the minds of Egyptian football fans. He had unforgettable run as head coach of the Egyptian national team, which ended on the nightmare of losing to Ghana in the 2014 World Cup qualifiers which saw off Egypt 7-3 on aggregate. However, Bradley will remain one of the most prominent names that coached the Pharaohs, given what he presented of other good results in difficult times.

Bradley took over the technical management of the Pharaohs in a very difficult period following the 2011 Revolution. He was praised for choosing to live in Egypt despite the unrest experienced in the country and continuing to guide the Pharaohs despite the suspension of the Egyptian Premier League following the Port Said Stadium riot in February 2012.

Egypt was perfect in its first six matches of qualifying for the 2014 FIFA World Cup, but fell decisively to Ghana in the third round playoffs. Bradley was not retained following Egypt’s elimination.

The American coach performed his job without complaining and gave the Egyptian people belief that their side could go to the World Cup. He came up short, but he proved himself in the most difficult circumstances.

Daily News Egypt interviewed Bradley to reveal many of the mysteries during his tenure as head coach of the Egyptian national team.

After your experience with the Pharaohs, what are you doing now?

I am now the head coach of the Los Angeles FC, the best club in America. Last year, we broke the record number of league points and goals since the start of the MLS in 1996.

How do you see your experience with the Egyptian team?

It was a very difficult period amid impossible conditions to work, but we managed to build a new team while the local football was suspended and the average age of the team was 21, and we managed to win seven of the eight matches in the World Cup qualifications. Nine players were playing the world cup qualifiers for the first time: Ahmed El-Shennawy, Omar Gaber, Ahmed Hegazy, Ramy Rabea, Mohamed Elneny, Amr Al-Soulieh, Mahmoud Kahraba, Mohamed Salah, and Mohamed Ibrahim.

What do you think of the current generation of the Egyptian national team?

The Egyptian football generation under my leadership was excellent, but they lacked support and were playing under difficult circumstances, unlike the current generation which receives great attention from the Egyptian Football Association (EFA). Continuing my leadership of the national team was fuelled by the will of those players. Throughout my entire career, I have never seen players like them, as they played for free and out of the love of their country.

What was the best memory for you with the Egyptian team?

Every second I spent in Egypt was a beautiful memory that I will never forget.

What about the most difficult moments?

Of course, the Ghana match in Kumasi was the most difficult moment in my footballing history. No one expected this loss, but it is football, and the same conditions happened with Brazil, Germany, and all the world teams.

Who is responsible for the defeat in Kumasi?

Certainly, with every major defeat the coach is the one to blame, but this match was very strange, and I am not alone responsible for that severe defeat and there were many reasons, most notably the suspension of the football activity in Egypt and the cancellation of the league for two consecutive seasons. I could not find fit players except those of Al Ahly who participated in the CAF Champions League. The referee was also one of the reasons for the defeat, having been biased against Egypt and ruled an incorrect penalty, from which Ghana scored the fifth goal.

The injury of the goalkeeper Sherif Ekramy also played a big role in that defeat, as it prompted me to make an urgent substitution with Ahmed El-Shennawy, thus missing the chance to increase offense by involving more strikers like Amr Zaki or Kahraba.

I told the players after the match that we will have another chance to win, which we did.

Are you thinking about returning to coach the Egyptian team?

Everything is possible in football, though working with the former EFA is impossible.

Who are the closest Egyptian players to you?

Most of them, but Mohamed Aboutrika, Salah, Hossam Ghali, and Hegazy are among the closest players to me.

What do you think of Mo Salah?

I am very proud of Salah. He deals with his fame well, and it is enough that he has never forgotten where he came from, despite everything he accomplished. Salah is smart, loyal, and professional, and he is the only one who decides what he wants and can play in any of the world’s largest clubs. Salah is the one who put Egypt on the global map and what he does for Egypt is invaluable and no less than what Messi for Argentina and Cristiano for Portugal do.

Did you receive coaching offers from Egypt?

Yes, I received offers from some clubs in Egypt, but I am now committed to Los Angeles, and I may return to Egypt one day.

What do you miss about Egypt?

I love Egypt and its people with all my heart, and the most thing that attracted me to this country was the love of its people of football, so I love the Egyptian people. I also miss many popular dishes such as Koshari and Falafel.