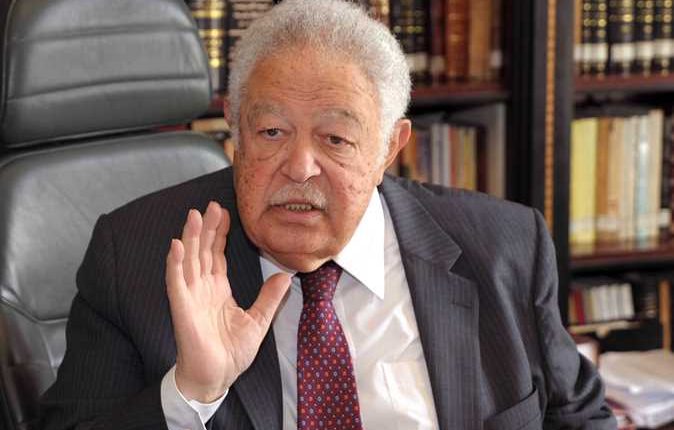 The Judicial Committee supervising the elections of the Lawyers Syndicate announced on Wednesday Ragaei Atteya as the new head of the syndicate, succeeding Sameh Ashour.

Following the results, Atteya said: “Lawyers proved that the profession is still fine and that the General Assembly succeeded for the first time in imposing its will, without the influence of anyone”.

The lawyers chose hope, ambition and restoration of their pride, dignity and transparency, he also said.

Atteya further said that he will correct all the defects that the lawyers have long complained about, explaining “I will submit projects for medical treatment, and disability and orphans, as the medical treatment and pension files are one of the most important on my working plan.”

He noted that he seeks to qualify young lawyers and provide libraries at the level of all courts.

Atteya started working as a lawyer in 1959 and registered in cassation courts in 2011.

The electoral process was conducted in 467 committees nationwide, in which 18 candidates contested for the position of chairman of the syndicate captain and 194 candidates for the 28 seats of the 28th syndicate council.

The head of the committee supervising the elections of the General Syndicate of Lawyers Ahmed Abu Daqqa said that from the first moment they worked for the elections to be very fair and transparent, as they monitored the results first-hand on the computer since the start of the screening process.

Elections started in mid-March on the seats of the president, board members, and the sub-unions in the governorates, according to the recently-approved amendments to the Syndicate’s bylaws.

The Lawyers Syndicate, established in 1912, is one of Egypt’s oldest professional associations, and also among the country’s most politically active associations.

Ashour served non-consecutive terms as syndicate president from 2001 to 2008, and again from 2011 to present. His previous 4-year term ended in December 2019.

Ashour was known for his support to Egyptian lawyers regardless of their ideologies. After the June 30 Revolution – that toppled the Muslim Brotherhood-affiliated President Mohamed Morsi – Ashour opposed expelling a member from the syndicate only because he belongs to the Brotherhood organisation.