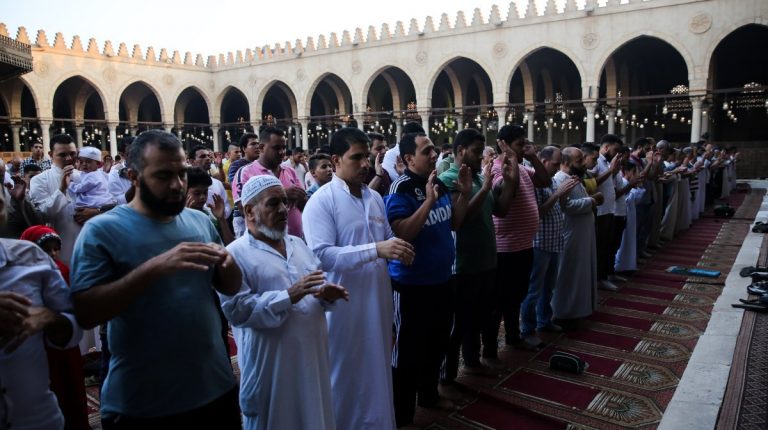 Egypt has closed all churches and mosques across the country for two weeks starting Saturday in a bid to contain the spread of novel coronavirus (Covid-19).

In the meantime, Egypt’s Coptic Orthodox Church, where the majority of Egypt’s Christians belong, decided on Saturday to shut down all churches and halt all masses, activities and ceremonies for two weeks as part of efforts to contain the Covid-19 spread. The decree excludes funerals limited to small numbers of family members.

Last week, the Orthodox Church announced the suspension of all church education services and theology schools.

The Church’s Saturday decree followed a meeting of the Holy Synod of the Coptic Orthodox Patriarchate of Alexandria headed by Pope Tawadros II of Alexandria to discuss the updates of coronavirus.

The top religious bodies took the decrees with the aim to limit public gathering which would lead to the rapid spread of the COVID-19, and to protect the people health, they said in separate statements.

Last week, Pope Tawadros held his weekly Wednesday sermon without an audience and said that the upcoming sermons will be broadcasted live on Coptic channels.

On Saturday, Ministry of Endowments shut down Al Sayeda Zainab Mosque, ahead of the annual celebration of Mouled (birthday) of Al-Sayeda Zaynab in bid to limit public gatherings to combat Covid-19. The ministry said that the mosque will be closed until the resumption of schools and universities.

The decision came after large numbers of people were seen crowded at the shrine of Al-Sayeda Zainab on Friday. Photos were widely circulated on social media and raised criticism.

Over this Friday, social media users shared photos of nearby mosques where people gathered, as usual, to conduct the weekly prayers. The users urged a decree to halt Friday prayers and to urge people to pray at home to limit the spread of Covid-19.

Saudi Arabia halted on Thursday prayers in the arenas outside Mecca, Medina Holy Mosques. Previously, it suspended five daily prayers and Friday prayer inside the kingdom mosques as part of efforts to limit the spread of Covid-19.

Over the last week, fears have been intensified of the spread of coronavirus with the continuing of both Friday prayers and church masses. Social media users debated the significance of halting religious worships as they were reasons for the spread of Covid-19 in several countries around the world.

The Catholic Church in Egypt decided on Friday to halt all masses at all churches until further notice, adding that the churches will be open for individual worshipping. The church urged Catholics to stay home.

Meanwhile, the Evangelical Church in Egypt suspended all its activities and services until 31 March in response to the government efforts to suspend public gatherings to contain the spread of Covid-19.

The Health Ministry reported on Friday new 29 Covid_19 cases, including one death of an Egyptian citizen, 60-year-old, from Giza who returned from Italy. New cases include a foreigner and 28 Egyptians. The Country’s total is 285, with 8 deaths.

COVID-19 to slash at least 1.5% off global growth this year: Focus Economics