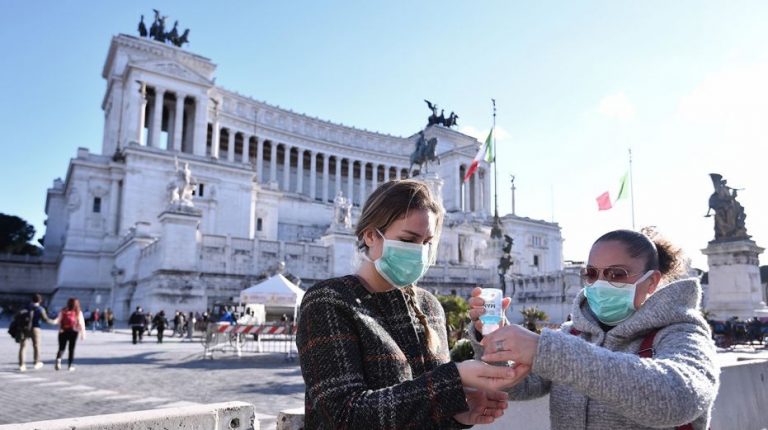 The global deaths of the novel coronavirus, known as COVID-19, surpassed 13,714, while infection count went beyond 322,000 at the time of writing. Even though, 94,704 patients have recovered.

With the infection spreading rapidly, more governments are tightening measures to lock down their countries, attempting to contain the disease. The latest measures were taken in India as the country imposed curfew on Sunday.

Meanwhile, the health authorities in the besieged Gaza Strip reported the first two coronavirus cases amid concerns over the health situation in the region owing to the lack of needed medical equipment to combat the novel infection.

Meanwhile, Europe remains the epicentre of the coronavirus, which made the European Union (EU) take unprecedented step to suspend rules on public deficits, giving countries free rein to inject spending into the economy as needed.

The situation in Italy is still shocking the world as the south European country has recorded 53,578 infected cases and the death toll has risen to 4,825, after it has overtook China as the worst-hit country for deaths.

In Iran, which is considered the epicentre of the coronavirus in the Middle East, death toll has reached 1,685, of whom 129 died in the past 24 hours, according to the spokesperson for the health ministry on Sunday. He said the total number of infected people in Iran reached 21,638.

Meanwhile, scientists in the United Kingdom have identified a new symptom of the disease which may include loss of sense of smell or taste. According to the British Association of Otorhinolaryngology or Ears, Nose and Throat (ENT), the new symptom was found in the absence of other symptoms of coronavirus, and patients experiencing it could be carriers of the disease.

In a statement, the association said that there was good evidence from coronavirus patients in South Korea, China, and Italy who developed the symptom, called anosmia.

“There had been a sudden rise in cases of isolated anosmia in the UK, US, France, and northern Italy. But these patients do not meet current criteria for testing or self-isolation,” according to the statement.

The organisation recommended that the new symptom could be used as a screening tool to identify patients who did not show other symptoms of the highly contagious disease, such as a fever or dry cough.

In the meantime, the World Health Organization (WHO) said that countries can’t simply lock down their societies to defeat coronavirus, but public health measures are needed to avoid a resurgence of the virus later on.

Executive Director of the World Health Organization (WHO) emergencies programme Mike Ryan said in an interview with the BBC on Sunday: “What we really need to focus on is finding those who are sick, those who have the virus, and isolate them, find their contacts and isolate them.”

“The danger right now with the lockdowns … if we don’t put in place the strong public health measures now, when those movement restrictions and lockdowns are lifted, the danger is the disease will jump back up,” he added.