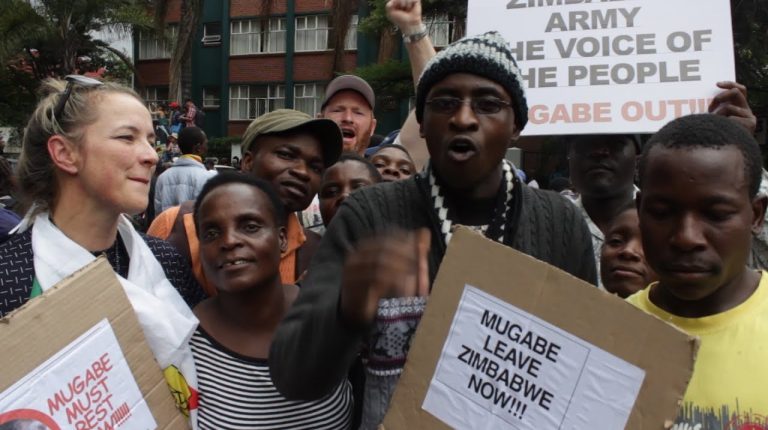 Thomas Muziyirwa’s one-hour documentary Making Ends Meet follows activists and labour leaders in the informal economy sector in Zimbabwe, who are trying to rise up against corruption and neoliberal policies, keeping in mind that only 5-10% of the population are officially employed, marking the highest unemployment in the world.

Thirty-seven years after the war of independence, Zimbabweans are still fighting against the same corruption, abuse of public funds, and demanding the same rights.

Muziyirwa argues that the government has failed to achieve policies to protect the people amid hyperinflation, and hence alienated thousands who are not able to make ends meet, secure meals, proper accommodation, or pay for education. Similarly, the government seemed to impose challenges on several individuals who are, despite the challenges, trying to make do with, such as college graduates or even street vendors. 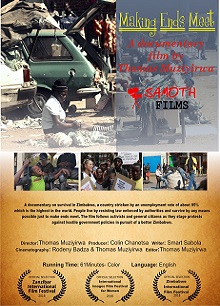 Due to corruption and lack of trust in the government, investments have laid off many workers, adding more unemployed individuals. The film delves deep into how Zimbabweans are managing to survive in these hard economic conditions which have dominated the country for the past 10 years.

The filmmaker points out to the class struggle between the impoverished and the upper classes that are represented in the statesmen. For example, Vice President Phelekezela Mphoko has been residing in a five-star hotel for almost three days, as college graduates sell tomatoes in the streets.

The film shows how different sects, have only two things in common: being Zimbabwean and economically impoverished, as they cope with the hardships.

Furthermore, the film also gives space to activists, artists, and labour leaders to speak and express why they are fighting and why they want change.

Riot police, the government’s tool to solve problems and crush any form of dissent, are shown in the documentary as the regime’s blind allies. Muziyirwa’s film portrays clashes, arrests, and violations by protesters. The same police who get paid from taxpayers’ money can be seen arresting protesters who are demanding human rights for the masses.

Also, the film also documents the coup by elements of the Zimbabwe Defence Forces (ZDF) in November 2017, where they seized control of the Zimbabwe Broadcasting Corporation and key areas of the city, and issued a statement saying they confined President Robert Mugabe. Hence, the army took over and became the dominant power, and will oversee a president which will be elected, but will be in constant danger of being ousted if his policies are not favourable towards the army.

One of the final scenes of Making Ends Meet shows a protester thanking the coupleader as he chanted, “Thank you General Chiwenga.”

Nevertheless, despite the hyper nationalism which occurred during the coup and the nationalist sentiment with the rhetoric that “the soldiers joined the people,” currently the Zimbabwean authorities have mounted a brutal crackdown against protesters, killing and torturing, among other serious human rights violations, in order to crush protests against fuel prices which began on 14 January.

And due to the fact that armies taking over power and staging coups is common in Africa and the Arab world, Making Ends Meet raises the question of whether actual change will take place in the country now that the president’s name has changed. However the films ignores the fact that for over 30 years, the army was a part of the very corrupt regime.

Making Ends Meet cannot be any more relevant, because as these lines are being written, hundreds of people were confirmed dead and thousands were missing or displaced after a devastating cyclone hit Mozambique, Zimbabwe, and parts of Malawi. As hundreds were confirmed dead, several have raised questions about the country’s state of disaster preparedness.